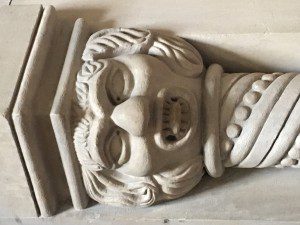 In my third article during mediation week we consider when it is acceptable to make an offer or demand in the course of a mediation that includes a threat, veiled or otherwise to refrain from doing something damaging to a party. This is quite a technical article for lawyers-

The Court of Appeal found that a settlement offer made on behalf of the claimants following an unsuccessful mediation constituted an unambiguously improper threat in the nature of blackmail and, as such, was not protected by without prejudice privilege.

The purpose of WP privilege is to encourage parties to communicate openly with one another without fear that things said in the context of settlement or mediation will be used against them.

Things said in the course of a mediation are normally privileged but “the veil imposed by public policy may have to be pulled aside…in cases where the protection afforded by the rule has been unequivocally abused”. Such will be the case where there has been “perjury, blackmail or other ‘unambiguous impropriety'”.

In this case there was a dispute between three brothers (Jonathan, Warren and Stuart) regarding their respective interests in an online gaming business.

A mediation took place during which Warren and Stuart offered to sell their shares to Jonathan but no price could be agreed. Over the next few months the parties, through their legal advisers, remained in contact with the mediator and further offers were exchanged.

In April 2015, Solicitors sent, via the mediator, an email in which they claimed they had discovered that Jonathan had failed to disclose the existence of certain overseas bank accounts pursuant to the freezing order. They went on to say that, unless Jonathan agreed, within 48 hours, to pay an increased sum (being more than £2m in excess of what they had previously sought by way of settlement) for Warren and Stuart’s shares, they would bring committal and other criminal proceedings against Jonathan, ruin his reputation and make it impossible for him to operate a business in the online industry in the future. Those threats were exacerbated by further threats made against Jonathan’s life partner, who was not a party to the proceedings, that he too may be investigated and/or charged.

The Court of Appeal agreed that the email amounted to improper threats.

The Court of Appeal offered some useful guidance as to what amounts to unambiguous impropriety and identified the types of factors the court will take into account when assessing whether a privileged occasion has been abused. Relevant factors included:

The threats went far beyond what was reasonable in pursuit of civil proceedings, by making the threat of criminal action.

The threats extended to Jonathan’s family.

It was unnecessary to determine whether Warren and Stuart had a genuine belief in the substance of the allegations made because the impropriety arose from the nature of the threats made.

The purpose of the threats was to obtain for Warren and Stuart personally a financial advantage which ought to have accrued to the benefit of the company.

The “settlement offer” made no attempt to connect the wrongdoing alleged to have been committed by Jonathan to the increased demand. In particular, the increased demand was tied to threats affecting Jonathan’s liberty, family and reputation, not to the value of the claim.

The court rejected the suggestions that it should be inferred that the email was proper because it had been composed by a reputable firm of solicitors or passed on by the mediator. The court also distinguished the situation in Ferster from one where the threat could only be discerned by picking through many hours of negotiation, often between laymen using colourful or exaggerated language. In Ferster, the email was a single, carefully drafted communication.

The Court rejected an argument that privilege was protected by a separate and distinct species of “mediation privilege” or the contractual terms of the mediation agreement itself.

Such an extreme consequence would require an agreement in clear and unmistakable terms and, even if such an agreement could be established (which it had not) there would be significant issues as to whether, as a matter of public policy, it could ever be effective.

The decision serves as a reminder that without prejudice privilege cannot be used as a cloak for impropriety, even in a mediation. It also underlines the fact that there is a distinction to be drawn between the use of proper leverage in the context of settlement discussions and the making of improper threats. The courts will take a dim view of the latter.