All you need to know about professional negligence developments 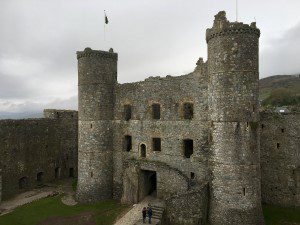 An area that is an increasingly rich seam for professional negligence claims is that of leasehold property claims.

Millions of homebuyers are held hostage to enormous bills, according to a report by campaign group HomeOwners Alliance, which estimates that landlords are in line to collect £4bn from lease extensions.

Leasehold Property purchases have increased since the 1990s, according to the report. In 1996 just 22% of new builds in the UK were sold as leasehold, but this has doubled to 43% today. In London, nine out of 10 new builds are now leasehold.

The HomeOwners Alliance said that of the 5m leasehold properties in England and Wales, 1.58m are “owner occupied”. “But in the eyes of the law, they are in fact owned by their freeholder. The UK’s official rate of home ownership was 64.6% in 2014, but this includes the leaseholders who are not their legal owners – subtract them, and the rate falls to just 58.9%,” they said in its Homes Held Hostage report.

It found that four out of 10 leaseholders do not know the length of time remaining on their lease, while of those that do, almost a quarter (equal to 370,000 homes) have less than 80 years to run. “The cost of extending these is likely to exceed £4bn”

Most leaseholds are flats, but the report highlights the growing number of newly built houses being sold as leasehold by developers, “a practice which was almost unheard of 20 years ago”.

Some buyers of leasehold houses are finding themselves trapped in properties made unsaleable by rocketing ground rents, with many doubling every 10 years.

In one case it was reported that the owner of a £100,000 flat bought on a 125-year lease in 2010 found this year it was valued at zero by mortgage companies because of the ground rent clause.

Buyers of new-build, leasehold homes are finding themselves faced with huge increases in ground rent and are discovering that the cost of owning the freehold may be huge.

Many of these homeowners now believe that they were ‘mis-sold’ their properties.

Increasingly, new build property developers are selling properties on a leasehold basis and purchasers are not being fully advised of the implications of this.

There are two points that could come back to haunt purchasers further down the line: increases in rent being paid to the freeholder; and being quoted extortionate prices to purchase the freehold.

When you buy your new home, you expect to own the bricks, mortar, roof and the land that the house is built upon. Unfortunately, some developers are only selling these properties on a leasehold (or what they have called a “virtual freehold”) basis, which means that you lease the property for the period stated – anywhere between 40 and 999 years, but usually around 125 years.

In some cases, the new owner was not advised about the rate at which their annual ground rent would increase.

As well as the ground rent charges, the freeholder can also control things like the utilities suppliers, making it difficult for the owner to switch electricity supplier, and buildings’ insurance.

There are also cases where the purchaser has been told they could buy the freehold for the property for £2,000 – £5,000. The owner has then saved up to do this and 18 months later has contacted the developer to tell them they now want to buy the freehold. However, the developer has sold the freehold to someone else, and when the owner contacts them they are told the cost had risen to £34,000.

Purchasers may have been told that the property they are buying is “virtual freehold”. But no such thing exists in law – it is either freehold, or it is leasehold.

Purchasers may have been told that they can buy the freehold at a later date and been given an example figure of a few thousand pounds. In reality, if the purchaser doesn’t buy the freehold at the start or very shortly after, the developer may sell this to an investment company who then charges many thousands of pounds if you want to buy the freehold.

The investment company may also levy charges of several thousand pounds for things like consent to build a conservatory, change windows or even landscape the garden.

Purchasers may not have been told how the ground rent increases – what is initially £250 per year could very quickly become £10,000 per year and rising.

To make matters worse, buyers who purchased new properties direct from some of the UK’s biggest builders have been left in the dark as investment companies play pass-the-parcel with the land their homes stand on.

Thousands of unfortunate leaseholders have been put on “doubling” ground rent contracts that in extreme cases have left their properties almost worthless, with mortgage lenders refusing loans to future buyers. The only way to escape the escalating payments is to buy the freehold.

Another homebuyer in Ellesmere Port, was shocked to discover that after Bellway sold her freehold to Adriatic, the cost of seeking consent for a small single-storey extension rocketed.

Initially, she had applied to Bellway – the freeholder at the time – and it wanted £300. But after putting off the work for a few months she discovered that Bellway had sold the freehold to Adriatic Land 4 (GR1) Ltd.

HomeGround then demanded £2,440 for consent. That is not planning permission, which householders must obtain separately from the local authority

House builders periodically sell off large portfolios of freehold properties and they usually do so within a company structure rather than as individual freeholds.

Some of the responsibility may lie with the developer for not having fully advised the purchaser. The developer may have told them it was “virtual freehold” and “not to worry” about the freehold or that “you can buy it later”. Sometimes these statements are misleading. The developer then argues that they had no control over what their sales team was saying and that the salesperson no longer works for them. They also often try and argue that the solicitor should have told the buyer everything about the property.

In many instances, the buyer may have been advised, or even offered a reduction on the purchase price, to use a certain solicitor recommended by the developer. A solicitor has a duty of independence and to advise them on all aspects of your purchase so that they know exactly what they are buying. If they didn’t, the solicitor might have been negligent.

The solicitor may be liable for not highlighting things like the increase in ground rent and the possibility and consequences of the developer selling the freehold to someone else. Sometimes these clauses are buried deep in the lease and relatively inexperienced lawyers may miss this. Were these properly explained? If they had been properly explained to the buyer, would they have still bought the property? Causation can be an issue. We would say that in the light of the news stories above, would it ever be safe for a solicitor not to point these issues out and perhaps advise buyers not to proceed with the purchase of a leasehold house?

We would recommend in such cases to take advice from a lawyer who is a member of the profession negligence lawyers’ association and then contact us at a later stage to propose mediation.

China powers ahead in the mediation world

China appears to have recognised the benefits of mediation. On 7 August 2019, China and other 45 States signed the UN Convention on International Settlement Agreements Resulting from Mediation (the Singapore Convention). The UK has not signed. The China Justice...

Discourage litigation. Persuade your neighbors to compromise whenever you can. Point out to them how the nominal winner is often a real loser -- in fees, expenses, and waste of time. So said Abraham Lincoln, who is also reputed to have said that a good settlement is...

If you are interested in working together, send us an inquiry and we will get back to you as soon as we can!

ProMediate is certified by CTSI to provide mediation services for consumer/business disputes in the UK. The charges that ProMediate is authorised to raise for each dispute dealt with are as follows:

Value of Goods or Services

Payment can be made here for individual disputes:

Value of Goods or Services

The above charges are based upon 1 hour of mediator time. Disputes above this value can exit the scheme and be dealt with by ProMediate’s general mediation service.

It is a term of the Click2Resolve scheme that the business and consumer must consent to use the service, before instructing us.

Payment by Consumers can be made here……

If you contact us without first getting the other person or business to agree to use our service, we will contact them to try to obtain their agreement.

In those circumstances we do charge a set up fee for this service. It is sometimes possible to resolve your dispute informally after one or two calls without even booking a mediation appointment!

When we receive an initial enquiry we crack on immediately trying to make contact with the other side in the dispute, emailing info, leaving messages on the telephone and even text messages. Our working hours are never 9-5 and we will often make contact at a time that meets the needs of our clients, evenings and weekends included.

Sometimes one side requires key information before they will agree to mediate. We will often liaise with all concerned to make sure this is shared. Once contact is made there will be further to-ing and fro-ing to set up the appointment, documents sent out and making sure everyone is comfortable with the process.

We charge the following fees for contacting the other party in this way:

Value of Goods or services:

If you have already discussed your case with one of our mediators and need to pay your set up fee click below to pay by PayPal (if you need an alternative payment method please contact our office on 01928734630). (click below to make a payment)