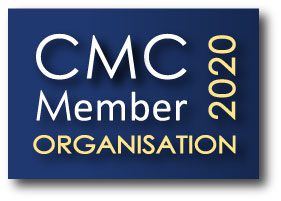 What is mediation for commercial disputes?

Mediation is now a well-established method of settling commercial disputes, not just in England and Wales but also across the globe. The overriding objective of the courts here is to deal with commercial disputes as justly and as proportionately as possible. Mediation is so popular because it’s a process that goes a long way toward satisfying these criteria.

The process, like other forms of ‘ADR is flexible and voluntary. Essentially an independent person is appointed as a mediator. He or she then works closely with the parties to see if an agreement can be found to bring the dispute to an end.

Mediation can arise in a number of ways:

Of course, the process doesn’t always work. It may lead to consensus in some areas and narrow the dispute but fail overall, effectively acting as a precursor to litigation or some other form of ADR. It’s important therefore to ensure that contractual provisions and mediation agreements make it clear that mediation proceedings are confidential and that details can’t be used in any future litigation (that is, they are held on a ‘without prejudice’ basis). We discuss mediation and privacy in more detail below.

What role does the mediator play in commercial dispute mediation?

Mediators don’t have to be lawyers but commercial mediators do tend to be drawn from the legal profession – experienced solicitors or barristers who have undergone specialist training in commercial dispute mediation. It’s up to the parties to agree the choice of an individual as mediator. Once selected the mediator must go about creating an environment conducive to negotiation – one where the parties understand that each is prepared to listen to the other’s case. The mediator must also ensure the process he or she manages is one that treats both sides as equals.

Because the mediator is not expected to reach a decision, the role is chiefly that of a neutral go-between, facilitating agreement where possible and ensuring that, once an agreement is reached, the parties fully understand the terms and a formal record of the terms agreed is drawn up.

Is the process private?

One of the main attractions of commercial mediation as a way to resolve disputes is the fact that it is a private process. Privacy in mediation is reflected in a number of ways:

For clarity, confidentiality, the without prejudice nature of statements made in mediation and the extent of legal privilege should all be covered in the mediation agreement.

The use of mediation to resolve general commercial and contract disputes is now a well-established method of ADR. Research carried out by the Centre for Effective Dispute Resolution (CEDR) shows that, while direct negotiation is by far the most common way for resolving commercial disputes, mediation is preferred by a significant number of businesses. According to the CEDR report 57% of businesses prefer to use negotiation to settle disputes. Significantly fewer companies prefer mediation – 12%. The report bears out the fact that commercial mediation has drawbacks as well as advantages. We list these in the table below:

An overview of the process

We’ve emphasised that one of the key characteristics of commercial mediation is the voluntary, flexible nature of the process. The parties will choose the mediator between themselves and with the mediator’s help decide how the mediation is to run. While there are no hard and fast rules about how mediation proceeds, it’s possible to describe the sort of framework within which most mediations will work. We describe this below.

If no agreement is reached there is nothing to prevent the parties continuing to negotiate between themselves. If the mediation was the result of a court order the court must be informed of the failure immediately.

When should mediation happen?

The flexibility of the mediation process and its voluntary nature mean that, if the parties agree, it can take place at any time during a dispute. Parties to a dispute where the issues are clear may well find that the quickest, most cost effective way to find an agreement is to start mediation before issuing any kind of Court proceedings.  Parties may also be required to attempt mediation under the terms of the contract. Additionally mediating at an early stage is consistent with the principle (mentioned above) that the courts must deal with cases justly and proportionately.

After court proceedings begin there are also several opportunities for the parties to apply for a stay in proceedings while they attempt mediation. For example once disclosure of documents has taken place the parties may wish to mediate because they will have a better sense of their position and that of the other side. Even at this stage there would be the incentive of substantial cost savings with a successful mediation.

What type of business dispute is mediation suitable for?

When you are involved in a commercial dispute there are several ADR options open to you. Whether you choose mediation or some other kind of dispute resolution method depends on:

We know that only a small fraction of commercial disputes actually end up in court. That means most are settled by other means, including mediation. Mediation is particularly useful when:

It may be less useful in cases where: