The National Court Service – Claimants would prefer to avoid Court 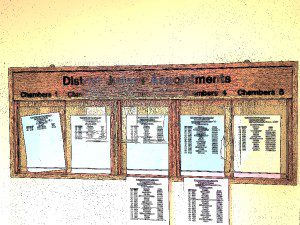 A Court Users’ Survey has found that most Court users would like to avoid using the Courts! This is not really surprising as who if asked would say that they really look forward to Court, or the dentist or hospital? It is a distressed purchase. This is why the proposal to increase Court fees makes little sense as it is bound to result in less Court cases and people’s grievances festering like open wounds. The same problem occurred when dentists started to charge for checkups. People decided they would rather not go unless they were actually in agony and now we have a nation with rotten teeth except for those who can afford private healthcare or can get into an NHS dentist.  The NHS would not charge for an operation so it is hard to see why the national court service should charge £20,000 to operate on a litigant’s legal problem.

A users’ report for the Chancery Division also shows a 25% reduction in cases issued in the last 6 months and a drop in fee income.

The survey for 2014/15, showed that in 70% of all claims issued the Claimant had contacted the other side to try to resolve their dispute, with 86% of people making specific money claims seeking an out-of-court settlement.

23% of claimants had entered formal mediation, which is a relatively large number.

Amongst all claimants, 68% ideally would have avoided making a court claim altogether. Just 14% wanted to make a court claim, with 19% not minding either way.

The survey of individual claimants shows that:

The majority of claimants reported that they would ideally have avoided court action, they had taken some form of alternative action to avoid going to court, and had sought advice on whether or not to make a claim before they did so. These findings suggest that the civil courts are seen as a last resort to resolve disputes.

Most claimants said they had taken some form of action in an effort to avoid going to court although this was less common amongst unspecified money claimants (67%) in comparison to other claim types (over 90% in each case). Most commonly claimants had either contacted the other side in an attempt to resolve the issue or had informed them that they were considering legal action.

However, the survey sample was very small and only related to a two month period of May/June 2014, looking at claims that had actually already been issued. It did not take into account claims resolved without having to issue proceedings. Only about 2,000 responses were received with a response rate of about 25%. It can only be considered to be  an inadequate snapshot of litigants’ views,  highlighted by one publication which concluded that the average litigant must be a 46 year old male based upon these statistics, which is unlikely to be the case.

As the report points out, “a combination of factors may account for the lower levels of pre-claim action by individual claimants in respect of unspecified money claims. Before court proceedings can be started, most prospective personal injury claims valued at between £1,000 and £25,000 and arising from road traffic accidents (RTAs) or employment, have to go through a process which allows the prospective defendant’s insurers to assess the claim and decide whether to admit liability and whether to agree the value put on the claim.”

Most of the unspecified claims in the survey would have gone through this process described, meaning that there would be no need for mediation or other forms of alternative dispute resolution.

It therefore seems likely that claimants may not have been fully aware of, or may not have recalled, what processes had been involved before proceedings were started. The greater proportion of claimants with unspecified claims who answered ‘Don’t know’ to questions about actions taken before starting the claim, is consistent with this. In summary, it seems probable that claimants with unspecified claims were simply less likely to be aware of what action had been taken to avoid going to court, rather than less likely to attempt such action. 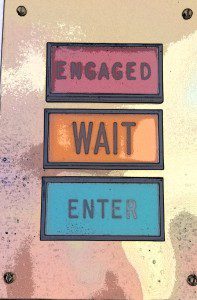 There is clearly a need for resolution mechanisms such as mediation to help people to achieve their objective of avoiding Court. There must be ways of making the Court system more attractive and perhaps introducing more flexibility with online systems would help? It is widely said that online meetings can be more effective than physical meetings and certainly this is true in the mediation field. If a hearing is adjourned then people have not wasted time and cost travelling.

In the context of the proposed changes to the Court system and the Briggs report due out by the end of the year, it is a pity that the survey was not more comprehensive. It is a shame it didn’t ask what people would have done if they were faced with increased Court fees and an online Court system. If I were in charge I would send out a feedback form or electronic survey to each litigant issuing a claim to obtain a clear view of how the Courts could better serve litigants and make their experience a better one. If you complain to the FOS, Legal Ombudsman or for that matter ProMediate, you receive an online survey afterwards, whatever the outcome. Why should the civil Courts not do the same? It need not undermine the judge’s decision if it asks about form and procedures rather than the substance or merits of the case. This would enable the Courts to become more “customer friendly” and to improve. Until the situation improves mediation will continue to be an attractive alternative.