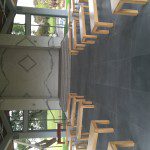 Studies have shown that couples who can deal with conflict well are more likely to stick together than those who cannot bear any argument. Arguments are inevitable in any relationship and a successful couple will be able to argue without it endangering the relationship. 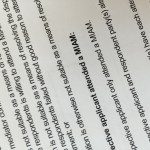 Of 121,197 couples who tied the knot in Australia in 2014, it is estimated that 1 in 3 will end in divorce. The median age for divorce is 45 for men and 42.5 for women and the average length of marriage is 12 years before divorce. To avoid a messy relationship end, where pre-nup agreements are not binding, mediation is recommended. Family mediators have their work cut out as couples who come to them are by definition in a dispute and are likely to find conflict hard to deal with as their coping strategies have failed. Nonetheless, family money disputes do generally settle.

Taking a leaf out of the family book, Briggs LJ is considering bringing in the concept of an early neutral evaluation of the dispute by a judge, and mediation, as happens in the family Courts where there are mandatory Mediation Assessment and Information meetings and FDR hearings before the first direction appointment.