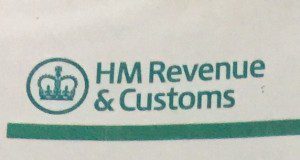 It is reported that the number of personal and small business tax cases accepted for alternative dispute resolution (ADR) has risen by more 70% in the past year.  HMRC accepted 413 applications from small and medium-sized enterprises and individuals in 2014/15, up from 240 in the previous year.

The statistics also show that HMRC is increasingly likely to try to resolve tax disputes through ADR rather than civil litigation. In 2013/14, 66% of applications were accepted for ADR, but in 2014/15 this figure had risen to 82%.
Mike Down, RSM’s head of tax investigations, said: “Some disputes can result in a complete breakdown of trust between HMRC and taxpayers, so having the option of involving a neutral mediator can often break the deadlock. The facilitators will invariably be HMRC personnel so, while they cannot be described as truly independent, in our experience they have always been scrupulously fair to both parties.”
As well as being a cost-effective way for HMRC to conclude tax disputes, he added: “There are significant benefits for taxpayers who may be able to settle their affairs more quickly and without being drawn into expensive and lengthy litigation.”
In our view, there is no reason why HMRC could not use an independent third party mediator.  We have a specialist in this field, Dr Clifford Frank, details of whom are in the details of our Mediators section of our website.