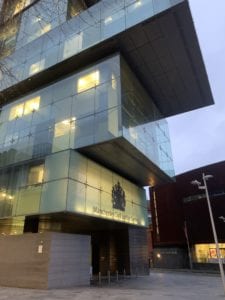 Every party in a civil case has an obligation to try to exchange information and try to resolve their disputes before starting litigation. They have to comply with Pre action protocols. There are specific protocols for things like professional negligence and construction for example.

The Civil Justice Council has released its interim report on pre-action protocols in the form of a consultation:  https://www.judiciary.uk/announcements/civil-justice-council-launches-consultation-on-pre-action-protocols/

The key proposals for reform in the report, as stated on the website include:

Introducing a good faith obligation to try to resolve or narrow the dispute at the pre- action stage. This would be a non-prescriptive obligation. Compliance could include engaging in formal alternative dispute resolution (ADR) processes but also informal negotiations such as without prejudice discussions between the parties, or formal settlement offers. PAPs would also identify possible dispute resolution processes that parties might engage in, including ombudsman schemes.

The report goes on to refer to the CJC report on compulsory mediation and considers whether the pre action protocols amount to a form of compulsion or should do so.

As mediators we always recommend that parties try to resolve their differences as early as possible and litigation should be a last resort. Our ADR Roadshow report part funded by the EU shows that parties who use mediation would use it again. So if a dispute cannot be resolved before starting proceedings, why not give it a go?