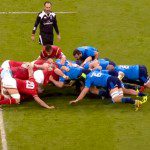 Eight partners have handed in their notices including the head of the Southampton and Bristol offices, Michael Renshaw, according to legal gossip site, RollOnFriday.

According to inside sources, the fleeing partners are citing management issues and the salary and bonus system as their reasons for leaving BLM. Although presumably Renshaw thought his own management skills were passable. There are, says one source, “more disillusioned partners waiting in the wings”, and claims other lawyers and non-fee-earners are also expected to leave.

The firm endured a pasting from staff in the RollOnFriday Firm of the Year 2016 survey, in which it came fourth from bottom with a score of just 33%. It is also reported that BLM is making mass redundancies in Manchester.

Where there are partnership and employee disputes mediation is an ideal way to resolve the time consuming and costly disputes that result.