More than ever it pays to mediate. How a football club scored an own goal by refusing to mediate

More than ever it pays to mediate. Football club scores own goal. 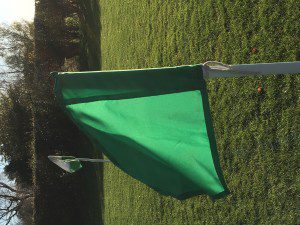 In the case of DSN v Blackpool Football Club Ltd [2020] EWHC 670 (QB) the defendant was ordered to pay indemnity costs because the claimant beat their own offer.  However the interesting issue was that the period of paying indemnity costs was extended because of the defendant’s conduct, because it had failed to mediate.

Now that we are all having to work from home and cases are being adjourned right left and centre, it is still a good idea to mediate and this can be done online. The Lord Chief Justice said in his recent guidance note that:

This was a very unfortunate case concerning abuse. Damages of  £17,000 were awarded.  The claimant had earlier made a Part 36 offer to settle at £10,000. From the perspective of costs, the Defendant was penalised for failing to mediate with the judge commenting:

In summary, the Defendant in this case failed and refused to engage in any discussion whatsoever about the possibility of settlement. It did not respond to any of the three Part 36 offers (except to reject the final one). It was required by paragraph 4 of the Order of Master McCloud “to consider settling this litigation by any means of Alternative Dispute Resolution (including Mediation)”. It was warned by the same Order that if it did not engage in any such means proposed by the Claimant it would have to give reasons, and it was also warned that the reasons it gave might in due course be shown to the trial judge when the question of costs arose.

The reasons given for refusing to engage in mediation were inadequate. They were, simply, and repeatedly, that the Defendant “continues to believe that it has a strong defence”. No defence, however strong, by itself justifies a failure to engage in any kind of alternative dispute resolution. Experience has shown that disputes may often be resolved in a way satisfactory to all parties, including parties who find themselves able to resolve claims against them which they consider not to be well founded.Settlement allows solutions which are potentially limitless in their ingenuity and flexibility, and they do not necessarily require any admission of liability, or even a payment of money. Even if they do involve payment of money, the amount may compare favourably (if the settlement is timely) with the irrecoverable costs, in money terms alone, of an action that has been successfully fought. The costs of an action will not always be limited to financial costs, however. A trial is likely to require a significant expenditure of time, including management time, and may take a heavy toll on witnesses even for successful parties which a settlement could spare them. As to admission of liability, a settlement can include admissions or statements which fall short of accepting legal liability, which may still be of value to the party bringing a claim.

In the present case, for example, I have already in my previous judgment commented (at [2020] EWHC 595 (QB) paras 188-189) on the opportunity missed by the Defendant at the very least to acknowledge and accept that the Claimant was sexually abused by Roper (it having no positive case to the contrary, and no evidence to support a case to the contrary). The passage in the Claimant’s witness statement which I quoted in paragraph 188 of my previous judgment shows that the Claimant was not primarily motivated by money (and the low figure of his final Part 36 offer confirmed that). He “expected the club to want to engage and to understand what had happened”. The club could have engaged with him (having received his statement, which was dated as long ago as 28 May 2019) without prejudice to what it presented at trial as its strongest defences: namely, that the claim was outside the limitation period and that the club was not vicariously liable for Roper’s sexual abuse of the Claimant, even if that abuse were to be admitted. It did not engage at all.

If the Defendant had been correct that it had “a strong defence”, its responses to the Claimant’s settlement overtures, and the statement made in compliance with paragraph 4 of the Order of Master McCloud would still, in my judgment, have fallen short of an acceptable level of engagement with the possibility of settlement or Alternative Dispute Resolution. As Sir Geoffrey Vos C said in OMV Petrom SA v Glencore International AG [2017] EWCA Civ 195 at para 39:

“The parties are obliged to make reasonable efforts to settle, and to respond properly to Part 36 offers made by the other side. The regime of sanctions and rewards has been introduced to incentivise parties to behave reasonably, and if they do not, the court’s powers can be expected to be used to their disadvantage. The parties are obliged to conduct litigation collaboratively and to engage constructively in a settlement process.”

As it turned out, the Defendant did not have a strong defence. It lost the case. That alone would not justify an award of indemnity costs but the conduct I have set out, in my opinion, does. It is conduct which “takes the case out of the norm”: Excelsior Commercial & Industrial Holdings Ltd v Salisbury Hamer Aspden & Johnston (Costs) [2002] EWCA Civ 879 per Lord Woolf at para 19. It is “outside the ordinary and reasonable conduct of proceedings”: Esure Services Ltd v Quarcoo [2009] EWCA Civ 595 per Waller LJ at para 25, see also Whaleys (Bradford) Limited v Bennett [2017] EWCA Civ 2143 at paras 19-25. The response to paragraph 4 of Master McCloud’s Order is particularly disappointing in this respect: cf Dunnett v Railtrack plc [2002] EWCA Civ 303 [2002] 1 WLR 2434 per Brooke LJ at para 15.

However, in my judgment this would not justify awarding the Claimant’s costs on the indemnity basis for the whole of the proceedings. I consider that the fair and appropriate date from which indemnity costs should be awarded is 1 December 2018. That is one month after Master McCloud ordered the parties “at all stages” to “consider settling this litigation by any means of Alternative Dispute Resolution” (para 4 of the Order of 30 October 2018), and over 8 months after the Claimant’s first Part 36 offer of 20 March 2018.

So the Defendant will end up paying a large amount of additional costs for refusing to mediate, which could have been avoided, the Court ordering the club to pay indemnity costs from the date when it should have mediated. It is no excuse to say that you think you believe you have a strong case and so will not mediate. It would also not be a valid excuse in my view to say that because of coronavirus it was not possible to mediate as telephone and online mediation is perfectly possible.

This also shows that the general orders that are issued saying that the parties are encouraged to use ADR and mediation are not to be ignored except at a litigator’s peril.