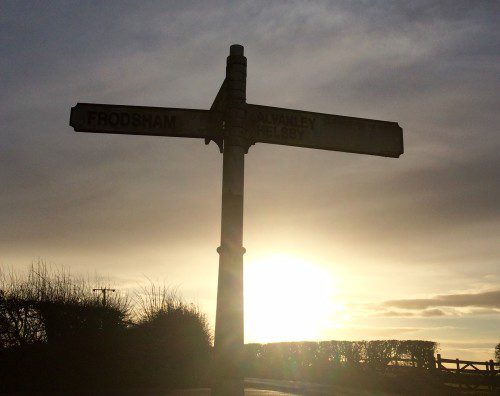 Briggs LJ’s long awaited report on the structure of the civil courts was published on 27 July 2016, showing the way forward for the Courts and mediation.

The judge identifies a mediation deficit in the system, particularly for middle value cases. Crucially, he recommends that the MOJ re-establish a court-based out of hours private mediation service in County Court hearing centres prepared to participate, along the lines of the service which existed prior to the establishment and then termination of the National Mediation Helpline. This could mean an increase in mediation uptake, although it remains to be seen how this will work in practice. The report does not explicitly say so, but it seems likely that the parties will be directed to take part in the Court based system. He also favours using conciliation in the Online Court, to be known as the Solutions Court.

Regarding the small claims mediation service, it responds only to about 35-40% of the national demand. The period within which to arrange a mediation, together with the contents of the directions questionnaire form are both under review and steps have been taken to increase the number of mediators from 14 back to the original 17 and to introduce a second mediation appointment if the first is not suitable. This is likely to increase the proportion of small claims litigants able to obtain this service, but still only to a relatively modest extent.

It is reported that mediation take up is patchy in the civil courts and that although usage is broadly satisfactory for high value claims and for small claims, there is a substantial proportion of claims of moderate value where mediation is insufficiently used.

Furthermore there appears to be a particular shortfall in the potential penetration of mediation in relation to personal injuries and clinical negligence claims. Feedback suggests that this particular shortfall is not a consequence of the underlying nature of those types of dispute, because personal injury and clinical negligence claims are widely and successfully mediated in other countries.

Out of Hours Service – Introduction of MIAMS in Civil Cases

The court service used to provide free space after court hours for short mediations, and then funded the National Mediation Helpline. It appears that the after hours service was regarded as less satisfactory than a nationally organised service, and that the latter was discontinued because of the expense to the MoJ of funding its administration (but not its performance) on a contracted-out basis.

It is suggested that both the out of hours and mediation helpline services sought to harness the skills of trained (and now accredited) mediators at strictly limited cost to the litigants, not merely for small claims, but for County Court claims in the Fast Track and Multi-track, where at present mediation has achieved a less than adequate penetration. There is a general consensus that it is usually better for parties to civil litigation to be empowered to settle their own disputes, than to have them determined in court.

The judge recommends that steps ought actively to be taken to re-establish or replace those now discontinued services on a much broader basis than is currently represented by the Small Claims Mediation service.

It is reported that the recent sharp rises in issue fees for Multi-track civil claims has led to an increase in mediation before the issue of proceedings. These are cases which might well previously have mediated after issue, so the increased fees do not necessarily increase the proportion of underlying disputes that go to mediation. Nor does the increase in pre-issue mediation mean that these cases necessarily settle any earlier down the process of incurring disproportionate costs. This is because more of the costs are also now incurred pre-issue, for example by detailed exchanges of pre-action correspondence between solicitors, sometimes including draft statements of case, witness statements and even experts’ reports.

The report considers whether it would be appropriate to introduce some adaptation of the MIAM (Mediation, Information and Advice Meeting) within civil litigation generally, so as to increase the prospect that parties undertake mediation or other forms of ADR before the issue of proceedings.

The report suggests there are distinct shortcomings in the availability and use of pre-issue ADR for cases of modest and low value, caused in part by the abandonment of court sponsored or supported mediation schemes and the abandonment of the National Mediation Helpline, albeit partially masked by the effect of the large increase in issue fees postponing the point at which, while still incurring disproportionate costs, parties actually take the step of issuing proceedings, and therefore the apparent increase in pre-issue mediation.

The report makes recommendations for a substantial widening in the scope for making different types of conciliation available within stage 2 of the Online Court, as one means of making good this deficiency.

Nonetheless there remain deficiencies above the proposed £25,000 ceiling for the Online Court’s proposed jurisdiction, and deficiencies in relation to types of case which are not intended to be accommodated by the Online Court at all, such as personal injuries (above the small claims threshold), clinical negligence claims, and claims for non-monetary remedies.  It is suggested that, in terms of value at risk, cases between £10,000 and about £250,000 fall within that area for which there is as yet insufficiently effective provision for pre-issue ADR.

There is a limit to which a review of the structure of the civil courts can provide a comprehensive solution to this perceived deficiency, not least because, apart from the limited provision of a stay to enable the parties to attempt ADR, and the proposals for culturally normal conciliation within the new Online Court, the court’s role is limited, in particular at the pre-issue stage.

Nonetheless, the report considers that a perceived gap in provision between £10,000 and about £250,000 is well suited to being addressed by re-establishing the court-sponsored, relatively low cost mediation services which were formally provided in many County Courts after hours (by private suppliers using free provision of court premises).

The judge therefore recommends that steps be taken to re-establishing the after-hours provision of mediation facilities in County Court hearing centres.

The judge also says that he has also been persuaded by demonstrations of ODR platforms in British Columbia and the Netherlands, and a recent demonstration of Cybersettle, a USA designed system for con dential settlement bids online, that ODR has a much larger role to play in the settlement of civil claims of all types and value than he had previously thought.

The report is somewhat disappointing from a mediator’s perspective as although the reintroduction of the out of hours service is to be welcomed it is not clear why this should be confined to “out of hours” and exactly how the service will be reintroduced at a time of budgetary cuts, or how cases will be fed through to the service. ProMediate, which is credited in the report hopes to have some input in relation to setting up the scheme and taking part in it.