Failing to Prepare is Preparing to Fail 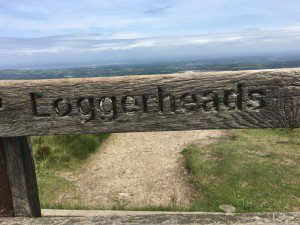 Generally speaking parties to a negotiation set out their negotiating position in position papers beforehand, so that they know what they are negotiating. What happens then if one party is late or fails to produce a position paper? It is sometimes still possible to proceed, but it indicates a level of unpreparedness for negotiations and can make them more drawn out. If this was to happen in a mediation then it might easily be delayed or postponed. If a party fails to set out its case in court proceedings, as is often the case with litigants in person, the defaulting party’s case can be struck out.

This is the situation with the Brexit negotiations following the general election. The EU negotiator has said that the EU “can’t negotiate with itself.” Owing to the lack of a functioning majority in the UK the position is unclear as to what the UK wants to achieve through the negotiations now. We have to wonder whether Theresa May, who was originally  a remain supporter is getting cold feet now that support for a hard Brexit and “no deal is better than a bad deal” has been rejected by voters.  In negotiations it is seldom the case that “no deal” is better than a bad deal, certainly when so much is at stake. The UK can no longer afford this option as it would result in us being cast into the outer darkness and a customs border being imposed in Ireland, contrary to the wishes of the DUP, the conservative’s new found friends. The reality, which is hard to disguise, is that the UK negotiating team is divided and inexperienced. The advisers who supported the UK hard Brexit position have been ousted.

The UK Government has still not sent papers outlining its opening position to the European Union, despite negotiations beginning on Monday.

The EU sent its position papers to London four days ago and while similar documents were expected in return, nothing has arrived.

One source said it was “unbelievable” that the UK had still not sent the “basic” papers for the start of negotiations, with just over three days left before they begin.

They added: “The talks are beginning on Monday. There are no positioning papers yet. It’s a basic thing that should happen beforehand. It doesn’t bode well.”

Meanwhile, John Oliver has implored Theresa May to let Lord Buckethead lead Brexit negotiations. It does look as if that might be a less insane option.