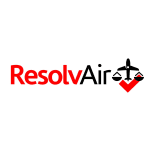 ProMediate would very much like to be able to help travellers with complaints about airlines and airports. Some of these are still not providing details of a certified alternative dispute provider, leading to cases clogging up the Courts.

It is now over 8 months since the ADR Directive lifted off in the UK. Problems with the Civil Aviation Authority certification process highlight the issues and call into question the effectiveness of the directive.

In our view, the CAA actions in charging excessive fees is leading to less choice of ADR for consumers. Instead they are left with the Retail Ombudsman or the CAA’s own system for which it charges airlines £150 per case.

The purpose of the ADR Directive was to promote the use of ADR including mediation amongst member states. Mediation has been shown to save businesses money, as expensive litigation can be avoided, so the ADR Directive was a well meaning attempt to encourage its use and provide consumers with quicker forms of redress for low value complaints. Complaints about airlines are clogging up the Courts, with several full time judges dealing with these types of claim in certain County Courts in the UK. What a great idea if these could be reduced by being dealt with through Alternative Dispute Resolution?

The Regulations laid before Parliament provided that ADR providers had to be certified by Competent Authorities. These included CTSI (for non-regulated sectors), OfCom, OfGem, the FCA, the Legal Services Board, The Gambling Commission and the Civil Aviation Authority.

It soon became apparent that in order to offer ADR as a certified provider in the regulated sectors, payment would be required and separate certification processes that duplicated the information were mandatory. CTSI charged the statutory £750 per day plus a share of the administration costs of the scheme of £2,000. The scheme was intended to be self funding. If you think about it, though, why should the ADR Providers be paying to provide an essential public service? Surely the polluter pays principle should apply? 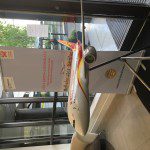 Complaints about airlines was also an area that ADR Providers were interested in. However, the CAA also charged applicants for certification. Following a consultation earlier in 2016 the CAA proposed to increase its charges to £5,600 upon making an application and an annual continuation charge of £13,440, from 1 June 2016, to be payable upon demand. Yes, you did not read that wrong! £13,440!

The CAA also required an unqualified audit report dated within 6 months of the financial year end. For some new mediation providers, they would not even have completed a full year trading and obtaining an audit report would cost thousands of pounds. The irony is that many ADR Providers will already have been certified by other Competent Authorities but have to go through the process again and provide additional information. There is no reason why it is necessary for consumer protection to require audited accounts, as the public are not investing in the ADR Provider and would stand to lose only £25 if the provider went bust before dealing with their complaint.

The effect of the CAA’s requirements and those of the other competent authorities means that fledgling ADR providers are excluded from providing a much needed service to consumers and the ADR market is restricted. Ombudsman Services has already pulled out of the CAA ADR scheme.

Meanwhile Briggs LJ continues with his review of the structure of the Civil Courts and pays no regard to the existence of the ADR Directive and how it could be promoted in order to reduce Court cases, such as by requiring businesses to engage in the process. There is no joined up thinking between HMCTS/MOJ and BIS as to the role of ADR.