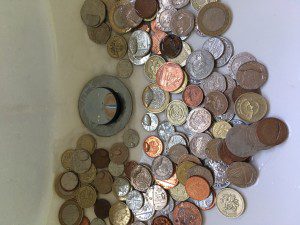 An example of one litigant who recently had her fingers burnt by the litigation system, but settled her claim is Aisha Ali-Khan who sued George Galloway for defamation. This story highlights how litigation can be a bad experience for someone who is unrepresented.

Ms Ali-Khan obtained undisclosed damages (reported to be a five-figure sum) and an apology in a settlement with the former MP after he posted a series of claims in a blogpost in 2012. The claims were then repeated to a national newspaper by Galloway’s spokesperson.

Ali-Khan was encouraged by family members and Galloway’s lawyers to drop her case.  She was undeterred and spent months researching case law and studying libel law before contesting the matter in the High Court, where she successfully defeated a strike-out application.

Reflecting on the outcome, Ali-Khan described the experience as ‘horrendous’ and claimed it was made worse by lawyers and the courts.

‘I want to begin a campaign to encourage lawyers to abide by the guidance issued on how to treat LiPs,’ she said. ‘That means not using legal jargon, not imposing 24-hour limits for responses to letters and not making massive bundles.

‘I feel Litigants in Person are badly treated and exploited for the fact they cannot access a lawyer.’

Ali-Khan said she would regularly be sent important emails from opposing lawyers at 6pm on a Friday, making it difficult to offer any immediate reply without researching what to say.

She also felt ‘bombarded’ by paperwork during the course of the case, and struggled with the processes and surroundings of the courtroom.

‘There was so much technical language being used. I am an English teacher and have a fairly good grasp of language, but before the judge it was just gobbledygook for me.’

It is well worth considering mediation rather than going down the Court route, or in conjunction with Court proceedings.