They should’ve mediated – money down the drain – neighbour disputes 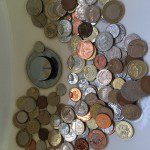 Time and again, parties end up in financial difficulties because they get involved with legal proceedings over a neighbour dispute, which the Courts have directed is the kind of dispute that benefits from mediation.

The latest tale of litigation woe concerns a neighbourhood dispute over who should pay a £4,000 bill to fix a drain. Costs involved amounted to more than £300,000. The Court of Appeal said that

“It is a regrettable feature of this case that the litigation continues only because of the enormous sums in costs which are at stake. It is said that Mrs Court now faces a costs bill from the other parties of some £220,000. Mrs Court has herself expended very large sums on her own costs: we were told that they were some £89,000 . We do not know where the blame lies. Nevertheless, the adjective “disproportionate” is wholly inadequate to describe the combined expenditure on resolving the question of who pays a £4,000 bill.”

The judge overturned the previous decision, holding that the work did not cause an ‘actionable nuisance’ and was a ‘reasonable step’ to stop waste water flowing onto the land.

We do not know whether mediation was proposed or took place in this case, but this is an example of a case where costs have become disproportionate and may in fact not all be recoverable on that basis. The legal costs involved really are quite literally money down the drain! Mediation is ideally suited to neighbour disputes such as this where the parties have to live next to each other and any argument has to be declared to a purchaser and therefore can devalue the property.