Taking the “A” out of Alternative Dispute Resolution 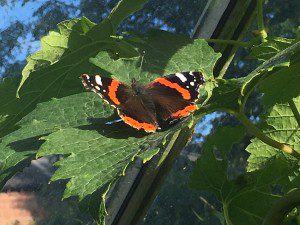 Mediation will become the cultural norm when the new online court dealing with all monetary claims up to £25,000 becomes reality, Lord Justice Briggs has predicted.

Briggs told the Chartered Institute of Arbitrators’ mediation symposium that his recommendation for a three-stage court will bring alternative dispute resolution ‘into the mainstream’ of civil dispute resolution.

“It makes resolution by the parties a culturally and actually normal part of civil dispute resolution, rather than something alternative to the mainstream,’ he said.

‘In short, it seeks to take the “A” our of “ADR”. That’s why I would like to see the new court called a resolution or solutions court, following the lead set by British Columbia.’

Mediation and other resolution processes would not become compulsory, Briggs stressed, but it would bring the court service into a much closer partnership with the ADR community in providing a suitable resolution process as the ‘primary route’ to resolving civil disputes.

The online court would also build on ‘valuable yet underused’ precedents, Briggs added, highlighting the small-claims track in the unified county court for claims up to £10,000, which in turn followed the ‘excellent lead’ given by the financial dispute resolution process in the family courts.

Briggs said: ‘For several years local courts and private mediators cooperated in providing after-hours affordable mediations for county court cases until it fell foul of the closure of the National Mediation Helpline.

‘But now these excellent initiatives, some alas short-lived, have really crossed the rubicon of making resolution rather than determination a culturally normal way of settling civil disputes.’

The resolution stage of the new court is not meant to replace or discourage pre-issue dispute resolution, Briggs noted.

‘The opening pages of the online portal for this court, or opening screens, like all the civil courts in the future once digitised, will emphasise the alternatives to the issue of proceedings and direct would-be litigants to appropriate providers of ADR,’ he said.

‘Proceedings will be described in those screens as a last resort and issue fees will no doubt continue to provide another incentive to seeking resolution elsewhere first.’

With claims under £25,000 accounting for the ‘overwhelming’ majority of civil claims by number, Briggs said the incorporation of resolution into the mainstream of the proposed new court would have more relevance for mediators than they may initially think.

‘If this new court takes off and the public gets to like resolving their civil disputes in this less adversarial-solutions-based way, who knows to what level of claim it may eventually be extended upwards?’ he added.

‘Make no mistake, this is a wholly new way of dealing with civil disputes, with no limits on its long-term ambitions.’