Sorry is the easiest word 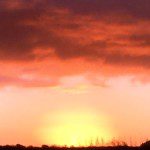 Sometimes all anyone wants is an apology. New legislation in Scotland makes it easier to apologise without incurring liability.

The Apologies (Scotland) Act 2016 (The Apologies Act) came into force on 24 February 2016. This new piece of legislation makes it possible to apologise without fear of prejudicing the person making the apology or the apology being used to attribute blame in litigation.

Scope
The Apologies Act is a fairly short piece of legislation with a broad scope. It applies to all civil proceedings except four types of specified actions. It does not apply to criminal proceedings and there is already separate legislation which covers the duty of candour in relation to the medical profession.

A culture has emerged of people or organisations not wanting to offer an apology in case it is detrimental to their legal position. The aim of the Apologies Act is to give people certainty that an apology cannot be used against them in legal proceedings.

Similar legislation has been implemented in other jurisdictions around the world including Canada, the US and Australia. However, the terms of the legislation can vary in scope and in the level of protection being given.

In England & Wales the Compensation Act 2006 s.2 [6] applies. An apology, an offer of treatment or other redress, shall not of itself amount to an admission of negligence or breach of statutory duty. The application is fairly limited and we are not aware of any reported cases.

The Apologies Act defines an apology as:

The fact that the definition includes an undertaking is innovative and has not been included in any other jurisdictions. Despite this, some commentators say that the Apologies Act does not go far enough. It does not, for example, allow for a full apology in terms of full disclosure of fault. Consequently, the Apologies Act may fall short of allowing a full apology and that could reduce its effectiveness.

It remains to be seen what impact the Apologies Act will have in terms of litigation in Scotland. It is hoped that Its implementation will be a positive step and will encourage the early resolution of disputes.