Review sites are in trouble in Germany 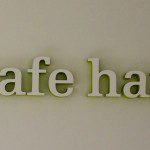 Consumers are increasingly venting their frustration  with businesses through social media and review sites such as Trip Advisor. A ruling from Germany may make it more difficult for these sites to publish their reviews in Germany at least. There has been an explosion of such sites including reviews about solicitors and other professionals.

The court held that a service provider is obliged to request written evidence from its users in case a review is challenged. It will also result in negative reviews being taken down if there is no written evidence.

The underlying case concerned a review on a German review website for doctors and medical services. A dentist objected to a negative score in several categories.

In the text field, the anonymous reviewer mentioned that he “cannot recommend” the doctor. The doctor questioned whether the reviewer had ever received treatment from him, and after receiving the original complaint from the dentist, the service provider asked the reviewer to confirm his review, which he did.

The court held that the doctor’s questioning of the alleged treatment was “sufficiently specific” to trigger obligations under the hosting defence laid down in European e-commerce law “as the review did not contain any description of the alleged appointment” and that, therefore, the doctor was “unable to provide any more detail for his complaint”.

The court then prescribed a detailed regime regarding the duties of the platform: it would have been obliged to investigate the underlying facts by “requesting a description of the alleged appointment as well as evidence such as invoices, entries in a patient’s bonus notebooks, prescriptions or other suitable evidence” from the reviewer. As these obligations were not met, the factual assertions of the plaintiff were deemed conceded.

The judgment is worrying as it may have a serious impact on the legal environment of review platforms. It imposes a duty to investigate matters. It ignores the reality of how review platforms operate.  The ruling could have a chilling effect if service providers are forced to take a review down where no evidence can be produced by the user, and because users will think twice before publishing negative reviews given the high risk of incurring time and effort defending them.