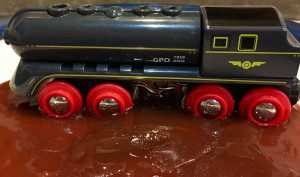 Is it the end of the line for under settlement professional negligence claims?

Lawyers who settle low value personal injury claims on a high volume basis can rest easier in their beds, knowing that a rough and ready settlement is unlikely to be challenged, following a Court of Appeal decision.

Jackson LJ was ruling in Thomas v Hugh James Ford Simey Solicitors [2017] EWCA Civ 1303, in which Graham Thomas sought to sue a law firm for not pursuing special damages in his claim under the Department of Trade & Industry (DTI) compensation scheme for miners who suffered from vibration white finger (VWF).

The Court of Appeal criticised law firms which attract clients through adverts which suggest their previous solicitors may have undersettled personal injury claims, commonly known as “cannibalistic” claims.

Lord Justice Jackson said: “The civil justice system exists to enable injured parties to recover compensation for genuine wrongs. It does not exist to service artificial claims stirred up by advertisements.”

He also said there should be “a sensible limit” on what should be expected of a solicitor operating on a fixed fee in a “high volume, low cost commoditised scheme”.

He said it was “regrettable” that a second firm of solicitors “recruited the claimant to bring an action against the first solicitors in order to ‘top up’ his award”, noting the first-instance ruling that the information given to the claimant by the second firm “turned his head” so that he was “prepared to advance incorrect assertions” in his claim.

This decision leaves Claimant lawyers who settle low value claims for clients in a better place. Arguably, larger complex claims deserve a better standard of care. It is in relation to those that mediation comes into its own, offering a confidential early settlement opportunity and time to go through the heads of loss in detail and compromise on a well thought out basis.

Hard facts make for bad law and I do wonder if this decision allows negligent lawyers who under settle cases and give poor advice off the hook, for pragmatic policy reasons – the Courts are interested in finality and are reluctant to reopen settlements. This case turned on its facts and the Court thought that the Claimant was undeserving and may not even have had VWF in the first place. A different decision might have been made in a more deserving case.

In the case of an under settlement it is probably not the end of the line, however, if the under settlement is large or clearly not reasonable. Each case will turn on its own facts. In any such cases and in relation to professional negligence claims, we of course recommend mediating using an expert professional negligence mediator. Please contact us if you are interested in arranging a mediation.