No change to EU Mediation Directive 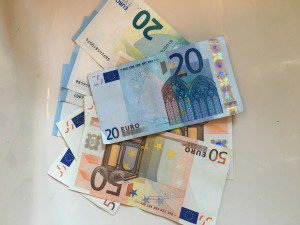 We currently remain in the EU and the publication of a report on the functioning of the EU Mediation Directive highlights what we will miss if we proceed with Brexit and are no longer part of the EU justice system.

It appears that following the mini-summit of the unelected right wing Tory cabinet and in the face of an inevitable Corbyn victory, we are heading towards an inexorable blind Brexit to satisfy the sizeable minority of people who think there is a bright future ahead trading with ? This would be an amusing spectacle to watch, untangling 40 years of legal cooperation, the destruction of the economy and the break up of the U.K., were we not actually living the nightmare.

• 9 Member States either had scattered rules regulating mediation or mediation in the private sector was based on self-regulation. In these Member States, the transposition of the Directive triggered the adoption of substantial changes to the existing mediation framework.

• 4 Member States adopted mediation systems for the first time due to the transposition of the Directive. In these Member States, the Directive triggered the establishment of appropriate legislative frameworks regulating mediation. Where the transposition of the Directive triggered the adoption of substantial changes to the existing mediation framework or the introduction of a comprehensive mediation system, an important step forward in promoting access to alternative dispute resolution and achieving a balanced relationship between mediation and judicial proceedings has been made.

A number of respondents in the public consultation argued that mediation was not yet sufficiently known and that a “cultural change” is still necessary to ensure that citizens trust mediation. They also stressed that judges and courts remain reluctant to refer parties to mediation. Respondents in the public consultation recognised the important role of mediation in particular in family law matters (especially in proceedings concerning the custody over children, access rights and child abduction cases), besides the commercial disputes.

The report identifies that practices to incentivise parties to use mediation, apart from some specific instances set out above, are not yet generally satisfactory. Further efforts at national level – in line with the respective mediation systems in place – should therefore be made. Respondents highlighted the following measures in national law as particularly useful: requiring parties to state in their applications to courts whether mediation has been attempted which would not only remind judges examining court applications, but also lawyers who advise the parties of the possibility to use mediation, obligatory information sessions within the framework of a judicial procedure and an obligation of courts to consider mediation at every stage of judicial proceedings, in particular in family law matters.

For instance, in Slovakia 30%, 50% or 90% of court fees are refunded, depending on at what stage of the proceedings a mediated settlement is reached. In some Member States, mediation itself is offered free of charge or at low costs, according to the economic situation of the parties. There are also financial incentives in the form of legal aid. Member States apply different rules for different types of disputes or mediation processes.

5 Member States impose sanctions as a means to promote the use of mediation. In Hungary, there are sanctions for parties which after having concluded a mediation agreement, go to court nevertheless or do not fulfil the obligations assumed under a mediation agreement. In Ireland, sanctions apply for an unjustified refusal to consider mediation. In Italy, the successful party in litigation proceedings cannot recover costs if it has before rejected a mediation proposal that had the same terms as the court judgment. Sanctions exist also in cases where mediation is compulsory and the parties do not make use of it, but go to court instead. In Poland, if a party which had previously agreed to mediation without justification refuses to participate in it, the court may order it to pay the costs of the proceedings, irrespective of the outcome of the case.

In Slovenia, the court may order a party which without justification rejects the referral of the case to a court-annexed mediation to pay all or part of the judicial expenses of the opposing party.

The question whether mediation should be compulsory or not is controversial. Some stakeholders concluded that the lack of compulsory mediation impedes the promotion of mediation.

12 Others on the other hand consider that by its very nature mediation can only be voluntary in order to function properly and that it would lose its attractiveness compared to court proceedings if it was rendered compulsory.

It is important to remind that compulsory mediation affects the exercise of the right to an effective remedy before a tribunal as enshrined in Article 47 of the Charter of Fundamental Rights of the European Union.

A majority of stakeholders were in favour of a more compulsory approach towards mediation. However, a majority of Member States and academics were opposed. Among those in favour of a more compulsory approach, one group of respondents advocated making mediation compulsory for certain categories of cases (such as commercial cases, family law, employment law or small claims). To a lesser extent, making mediation compulsory for any type of case was supported. There was generally little support for sanctioning the lack of use of mediation, although there was some support for imposing the costs on parties which reject mediation without reasons. Incentivising parties to use mediation was more generally supported.

Examples of useful incentives mentioned by respondents are lower court fees for parties that have tried mediation prior to filing their claim, effective and attractive fiscal deductions, mediation free of charge or at least financial support of mediation services by the State. The use of incentives seems helpful to motivate parties to use mediation. The costs related to the resolution of a dispute are an important factor for parties when deciding whether they attempt mediation or go to court. Therefore, financial incentives which make it more attractive in economic terms for parties to use mediation instead of resorting to judicial proceedings, can be considered as best practice. The imposition of mediation within the framework of a judicial procedure might be considered where the parties may – because of the nature of their relationship – have reasons for repeated disagreements or even court litigation, such as in certain family matters (e.g. rights of access to children) or in neighbour disputes.

Member States should, where necessary and appropriate, increase their efforts to promote and encourage the use of mediation through the various means and mechanisms foreseen in the Directive and addressed in this report. In particular, further efforts at national level should be made to increase the number of cases in which courts invite the parties to use mediation in order to settle their dispute.

The report is timely given Briggs LJ’s report on the structure of the Civil Courts which recommends the re-establishment of the after hours court based mediation scheme and the national mediation helpline. However, with Brexit in the pipeline the incentive to increase mediation uptake from the EU is likely to have less impact going forwards.