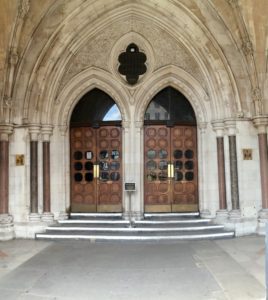 Inheritance act cases are equivalent to family disputes in many ways and really benefit from mediation.

The Court found as follows:

I do not consider that Halsey v Milton Keynes assists with the proper interpretation [of the rules] because it was dealing with a very different situation. It was concerned with whether a court can oblige parties “to submit their disputes to mediation”. It does not, therefore, in my view assist with the interpretation [of the rules] which is dealing with an ENE hearing as part of the court process.
26. In any event, ENE does not prevent the parties from having their disputes determined by the court if they do not settle their case at or following an ENE hearing. It does not, in any material way, obstruct a party’s access to the court. Insofar as it includes an additional step in the process, this is not in any sense an “unacceptable constraint”, to use the expression from Halsey. In my view, it is a step in the process which can assist with the fair and sensible resolution of cases.
27. This means that I do not need to enter into the question raised in Wright v Michael Wright Supplies Ltd & Anor [2013] EWCA Civ 234 as to what Halsey determined and the extent to which it remains good law. I would only comment that the court’s engagement with mediation has progressed significantly since Halsey was decided….

29. Looking at the issue more generally, as I have already described, the great value of a judge providing parties with an early neutral evaluation in a case has been very well demonstrated in financial remedy cases. Further, the benefits referred to above have been demonstrated not only in cases where the parties are willing to seek to resolve their dispute by agreement and are, therefore, willing to engage in an FDR. In my experience and that, I would suggest, of every other judge who has been involved in financial remedy cases, the benefits have also been demonstrated frequently in cases in which the parties are resistant or even hostile to the suggestion that their dispute might be resolved by agreement and equally resistant to the listing of an FDR. As Norris J said in Bradley v Heslin [2014] EWHC 3267 (Ch):
“24. I think it is no longer enough to leave the parties the opportunity to mediate and to warn of costs consequences if the opportunity is not taken. In boundary and neighbour disputes the opportunities are not being taken and the warnings are not being heeded, and those embroiled in them need saving from themselves.”
30. …As I have already indicated, in my view an ENE hearing is not an obstruction to or constraint on a party’s access to the court.
…, based on my experience of FDRs, the result of requiring parties to have such a hearing can and often will be to achieve a great deal, including saving rather than adding to costs.
32. In conclusion, I see no reason to imply … any limitation on the court’s power to order an ENE hearing to the effect that the agreement or consent of the parties is required. Indeed, in my view such an interpretation would be inconsistent with elements of the overriding objective, in particular the saving of expense and allotting to cases an appropriate share of the court’s resources, and would, therefore, be contrary to rule 1.2(b). If my Lord and my Lady agree, I propose that the appeal be allowed, and, having regard to Parker J’s clear view that this case would benefit from an ENE hearing, I would propose that the court directs that one be held as soon as possible.

So, the case clearly supports the Courts ordering ADR to take place even if one party does not consent.