Linda Bellingham – they should mediate 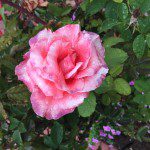 It is sad to read the story in the press this week about Linda Bellingham of Oxo ad fame and her children in dispute with their step father over her will, which was executed during her illness. It is often the case that families fall out over a will, particularly when there are step parents or new partners involved. Where there’s a will there’s a dispute, the saying goes in the UK. By contrast there are fewer disputes in countries where the testator’s wishes are constrained by the legal framework like France.

No doubt legal costs and antagonism between the parties will increase once the Courts are involved. Moreover, the sons say that ‘We’ve been hoping to mediate with him. We’ve given him plenty of chances to sit down together and work something out, but he’s ignored every single letter our lawyers have sent.” ‘We’ll go to court if we have to, because we need to stand up for our mother and what she wanted” Let’s hope the parties see sense and mediate before it is not too late.

Contentious probate cases are ideally suited to mediation as costs can be vastly disproportionate and the whole family suffers.