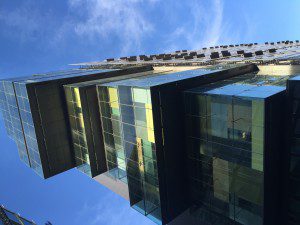 The results of the FOIL ADR Survey

It’s fair to say that ADR is having a bit of a moment at present. With the court process subject to criticism over delay and inefficiency, as highlighted in the recent FOIL survey on the Court Service, and with continuing rounds of court fee increases, alternative methods of resolving disputes are attracting more attention. As mentioned in the Voice (issue 11), one of the latest offerings is an ADR service aimed at avoiding the need for provisional assessment and the vagaries which accompany it.

From the other side of the fence, Lord Justice Briggs is examining what role On-line Dispute Resolution, with its focus on mediation and negotiation, could have in a civil justice landscape required to deliver access to justice with a smaller MOJ budget and fewer court premises. He is building on the work of Professor Susskind’s CJC Advisory Group on On-line Dispute Resolution which last year recommended a process using facilitated mediation to take dispute management in “an important new direction.”

In his interim report on the Civil Courts Structural Review, Lord Justice Briggs proposes to introduce a mediation or adjudication service at tier two of the new Online Court, carried out by Case Officers, with a final hearing before a judge being the last resort. The Online Court would include personal injury claims under the new £5,000 small claims limit (as well as other claims under £25,000) and is intended to be a lawyer free process. For claims outside the Online Court jurisdiction, Lord Justice Briggs raises the prospect of fixed costs and is open minded towards Mediation Information and Assessment meetings.

So with the potential for ADR to develop as a means of dispute resolution, what is the position at present? Who’s using ADR and for what purpose? What are they getting from it and what are the gripes at the process? Forty-five respondents submitted their views in the FOIL survey, all from the defendant viewpoint, and this is what they said.

Question 1: Are you aware of the significant costs risks that can arise through a failure to use ADR?

The FOIL survey confirms that almost everyone is well aware of the significant costs risk that an unreasonable failure to use ADR can create. 93% of respondents to the survey working in England and Wales indicated that they know of the risks.

The comments received indicate that claimants are also well aware of the risks and sometimes use ADR as a tactic, suggesting it at a premature stage to put the defendant under pressure and build costs.

Question 2: Do you use ADR to create a costs risk for your opponent?

If, as indicated above, claimant representatives are using ADR as a tactic, defendants are also willing to do the same: 62% of respondents to the survey said that they use the process to create a costs risk for their opponent, with 44% indicating that they do this all the time. Although there were comments to the effect that this ought not to be the motivation, and use of ADR should always be based on a bona fide desire to settle, it’s clear that the potential for putting the claimant under pressure is considered useful. The potential costs implications of refusing ADR can be beneficial in driving claimant lawyers to the table, with respondents to the survey noting that some claimants are reluctant to use ADR seriously, particularly pre-issue, as they fear a significant fall in the potential costs to be incurred on the case.

Question 3: Are you using ADR as a costs risk management tool?

Question 4: What do you consider to be the chief benefits of mediation for the parties to a claim and the insurer?

Unsurprisingly, in view of the response to question 3, reduced cost is seen as a significant benefit of ADR by several respondents (although one respondent felt the process itself was too expensive). For some, the possibility of saving costs is less important than the time saving – getting a quicker settlement, or at least narrowing the issues and reduce the lifecycle of the claim.

Greater certainty and the ability to keep control of the case were also mentioned several times as a significant benefit of ADR. With concerns over the unpredictability of judges, and a court process which not infrequently results in a late adjournment or court transfer due to the unavailability of judges, the ability to keep control, and the possibility of “having someone who knows more than the judge”, is an attraction.

The potential to get round the table, to look at the issues from a less conventional viewpoint, is also a driver:
“Gives everyone an opportunity to get around the table quickly, and most importantly, gives a chance to hear each side’s views.”

“Various issues may be resolved at the same time when often parties are open to a compromise agreement.”

“It can help cut through difficult discussions and get to an outcome that might not be achieved by conventional steps in the litigation.”

“There is the opportunity to resolve all the issues including costs for a fixed sum. Mediation can be used along with litigation and on more than one occasion if necessary.”

“For defendants it is useful to use mediation to address inflated expectations of the claimant in terms of quantum or to deal with any poor pleadings, poor evidence, or apparent misunderstandings in the law by the claimant which may put the insurer in the position of being able to make a commercial offer if they want to.”

It appears that defendant lawyers careful pick the claims they feel would benefit from ADR. Some respondents felt there were limitations to the process in lower value claims, in clinical negligence and in cases where there are suspicions or allegations of fraud.

JSMs are sometimes claimed to do the job of mediation and there were respondents who felt that they were a better alternative, although mediation was noted as another option, to get to a settlement, if the claimant fails to engage in bilateral discussions at the JSM.

ADR has always had its fans and its detractors. Although fans were most numerous in responses to the survey, the differing views are perhaps best summed up by two quotes in the survey:

“There is no sensible alternative and most insurance lawyers underuse the providers available. With more and more QOCS cases the need for using ADR/settlement vehicles such as the Independent Evaluation and Facilitation Service has never been greater.”

“It is over-rated and far too expensive. Much more can be achieved at cheaper cost in a round table meeting.”

Whatever the viewpoints, the importance of ADR is likely to become more significant in the future, rather than less, and if Lord Justice Briggs paves the way to ODR for lower value claims, facilitated mediation will become mainstream. The ADR SFT will be examining the future of ADR and its place in the civil justice system in the light of the current reform proposals on 8 March.

This publication is intended to provide general guidance only. It is not intended to constitute a definitive or complete statement of the law on a subject and may not reflect recent legal developments. This publication does not constitute legal or professional advice (such as would be given by a solicitors’ firm or barrister in private practice) and is not to be used in providing the same. Whilst efforts have been made to ensure that the information in this publication is accurate, all liability (including liability for negligence) for any loss and or damage howsoever arising from the use of this publication or the guidance contained therein, is excluded to the fullest extent permitted by law.