Costs proceedings – A Declaration of War! – Mediate or else! 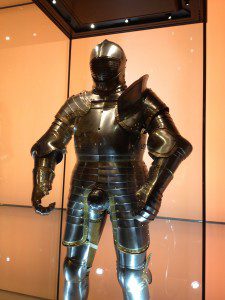 The High Court has sent a strong signal on the financial penalties of refusing to mediate in costs proceedings in two judgments against the NHS Litigation Authority. This applies to unsuccessful parties and not just successful parties being deprived of their costs.

In Reid v Buckinghamshire Healthcare NHS Trust, Master O’Hare awarded the claimant its costs on the indemnity basis from three days after the Claimant’s solicitors had made an offer of alternative dispute resolution.

The Master said the defendant’s failure to mediate had been ‘unreasonable’, and noted that it took the defendant ‘six weeks’ to reply to the offer, declining to mediate.

In another case, Bristow, the court went further, ordering all costs to be paid on the indemnity basis, from the date that work commenced rather than from the date of the offer to mediate.

The Claimant’s solicitor said the Reid case ‘is not a warning, it’s a declaration of war against any party that refuses to engage in ADR.’

He added: ‘We have known since Halsey that successful parties who refuse to engage in ADR will only recover a fraction of their costs. But [Reid] is the first case in which an unsuccessful party has been punished…

‘The court could not be clearer that there was no good reason for refusing to engage in ADR in costs cases. Parties who refuse, will face sanctions.’

Blackburn added that Irwin Mitchell has more than 100 further costs cases against the NHSLA in which its offers to mediate have not been taken up.

Rightly or wrongly the message is “mediate or else”!