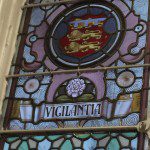 We have previously written about the release of unknown claims when settling a case at mediation. Some parties try to add in a clause that reads “in full and final settlement of all claims known and unknown”

The Court has to compare the release against the nature of the claim subsequently being pursued, to assess whether a reasonable observer at the time would have thought the further claims were included, taking into account the wording used, the relevant context and the facts known to the parties.

The main considerations include:

Whether or not the releases expressly included claims not currently known or contemplated.

In cases where the release is drafted by reference to specific proceedings, the scope of those proceedings.

Whether the further claims are among the type of claims that the parties might have contemplated as a possibility, given the nature of their dealings.

The parties need to ensure that they are clear as to what they intend the release to cover with respect to unknown claims and make this explicit in the drafting where possible. The mediator can help but generally leaves the specific wording to the parties.