Avoid delay! – Mediate today! Claims take nearly a year to get to trial 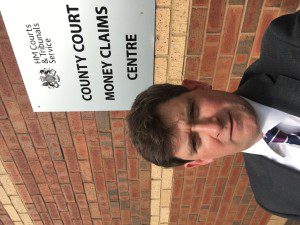 The quarterly statistics released by the Ministry of Justice show that it is taking nearly a year for cases to go from issue to trial (in multi-track and fast track cases (over £10,000 in value). Another reason to mediate today and avoid delay.

There was an average of 51.9 weeks between a fast or multi-track claim being issued and the claim going to trial in January to March 2016, which was in fact nearly three weeks quicker than the same period in the previous year, but still a significant period of time to be waiting and incurring costs. Small claims came to trial on average 32.2 weeks for trials in January to March 2016, a small decrease of 0.2 weeks on the same period in 2015.

This is not surprising when you consider in January to March 2016, courts dealt with around 437,000 claims, up 10% on the same quarter in the previous year, driven entirely by an increase in specified money claims (up 16% over the same period).