Arbitration in consumer contracts can be unfair so mediate instead! 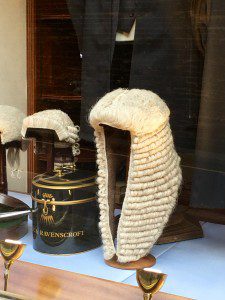 The Court of Justice of the European Union has recently ruled on the approach national courts should take when deciding whether an arbitration clause in a contract between a bank and consumer is unfair within the meaning of Article 3(1) of the Directive on unfair terms in consumer contracts. Article 3(1) provides that a contractual term, not individually negotiated, is unfair if it causes a significant imbalance in the parties’ rights and obligations to the detriment of the consumer. The Directive is implemented into English law by the Unfair Terms in Consumer Contracts Regulations 1999 (the Regulations) and Article 3(1) is reflected in Regulation 5(1) of the Regulations.

The leading authority on the subject of the validity of arbitration clauses in consumer contracts under English law is the 2008 High Court judgment in Mylcrist Builders Ltd v Buck.  In this case, the claimant builders sought to enforce an arbitration award against a consumer. Their contract had been concluded on standard terms which included an arbitration clause.

The Regulations contains an indicative, non-exhaustive list of terms that may be regarded as unfair, including terms which have the effect of “excluding or hindering a consumer’s right to take legal action or exercise any other legal remedy particularly by requiring the consumer to take disputes exclusively to arbitration not covered by legal provisions…”.

The effect of the arbitration clause was to prevent the consumer from having access to the court and caused an imbalance in the parties’ contractual rights and obligations. Accordingly, the term was unfair.

The case before the European Court concerned mortgage contracts which provided for arbitration in the event of dispute. The consumer sought a ruling from the national court that the clause was void.

The European Court ruled that:

in cases like this it was for the national court to determine whether the arbitration clause excluded or hindered the consumer’s right to take legal action or to exercise another legal remedy the fact that the bank had provided the consumer with information on the differences between litigation and arbitration was not necessarily enough to stop the clause from being unfair.
The European Court’s ruling reinforces the risks for businesses seeking to rely on an arbitration clause in their standard terms for use with consumers. The Court did not say that such terms would always be unfair but there is clearly a strong possibility that they may be. We would recommend including a mediation clause in contracts as they are less likely to be ruled to be unfair.