Advising to settle at the door of the Court 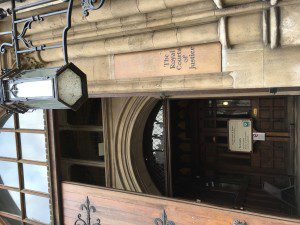 It is almost always inadvisable to leave settlement until the day of the trial of at all possible. By that stage, costs, the stakes and indeed emotions are higher. Personal injury claims are no exception. Closer to trial the stark facts become apparent and minds are concentrated on the impending date. Sometimes a case can take a wrong or unexpected turn. Witnesses can be unreliable. If the case is settled at this stage the client may turn around and say that they could have obtained a better deal.

This was the case in that of Dunhill v Crossley where the Claimant brought a claim against the firm of solicitors and the barrister, Mr Crossley, who represented her in a claim for personal injuries arising out of a particularly nasty motorcycle accident. It was found that because of her injuries the Claimant had in fact not had mental capacity to deal with the case. It was a matter of deciding whether the Claimant had been caused any loss when she had settled her substantial case for a meagre £12,500 instead of agreeing liability and going to an assessment of damages hearing.

The Claimant had been in a difficult position as just before trial the Claimant had ‘dropped a bombshell’. She told her lawyer that a witness was in Armley Prison, she did not know for how long. He was also taking drugs. He had assaulted another witness and there was now a question about whether she would help. The Claimant did not know where she was living. His advice was that this could cause real problems as they were ‘vital witnesses’. He hoped that he would not have to disclose this to the defendants, but that was more a hope than an expectation. He would have to wait and see. She could not even remember the accident. Indeed on the day of the trial, the witness did not turn up and the barrister considered that there was a less than 50% chance of the Claimant winning the case.

The Court is always at a disadvantage when second guessing what should have happened first time around. Much better to settle early on without the pressures of an impending trial.

Fortunately for the lawyers in this case the Court found that they had not been negligent and that the barrister did not have the luxury of saying he could not settle the case because he did not have enough information about quantum. On his non-negligent assessment of the situation, he faced fighting and losing, or agreeing a settlement. It is unrealistic to suggest that he should, or could, have obtained an adjournment to get more evidence on quantum in that situation.

That is not to say that the Claimant did not have cause for complaint and as a result many years and costs have been spent dealing with the case which could have been avoided. A settlement decision can be made in haste and is often repented at leisure. There is often pain suffered by both parties when a settlement is reached, as a compromise involves accepting less than a legal entitlement. It should be based upon a correct interpretation of the legal position and reached at the most opportune time, ideally before a case has been weakened by a foreseeable development, but whilst in possession of the facts.

This is a case which highlights the advantages of mediation or settlement well before trial. It is not known whether the professional negligence claim against the lawyers was mediated, but in there is no reason why it could not have been, so avoiding the long running saga.