Without Prejudice – no salami slicing! 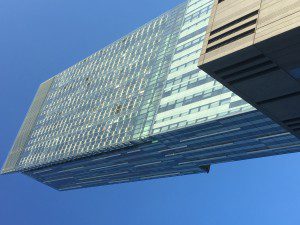 When people have settlement discussions they are protected from disclosure in litigation. Mediations are obviously within this category.

In a recent case (Suh and another v Mace (UK) [2016] EWCA Civ 4) the Court looked at whether a person who didn’t know what this meant could still claim protection.

Lord Justice Vos described Mi Jung Suh, who ran a sushi restaurant in Surrey, as an “innocent abroad in litigation terms” and said he was not aware of “any evidence” that she knew what ‘without prejudice’ meant.

Rejecting a ruling by Judge Baucher and ordering a retrial, Vos LJ said that although it may be “more difficult” to determine objectively whether discussions with LiPs were without prejudice, they must be regarded “in the round”.

He went on: “The only sensible purpose for such a meeting must have been to seek some kind of solution to the litigation for Mrs Suh. That is what a settlement is, and what both parties here must objectively be regarded as having genuinely been seeking.

The court heard that Mrs Suh and her estranged husband ran a sushi restaurant in New Malden when their landlord, Mace (UK), re-entered the premises, changed the locks and “purported to” forfeit the lease.

Mr and Mrs Suh issued proceedings against Mace for damages and there were two meetings between Mrs Suh and the solicitor for Mace (UK).

During the meetings at the law firm, Mrs Suh admitted there had been rent arrears at the time the landlord re-entered the premises.

At the trial Judge Baucher rejected her arguments that the solicitor’s statement on the meetings, and attendance notes, contained ‘without prejudice’ material and should be excluded.

The judge held that the meetings were not ‘without prejudice’, since they were not “for the purpose of a genuine attempt to compromise a dispute between the parties”. She ordered the tenants to pay outstanding rent of almost £5,900, interest and costs, based partly upon those admissions.

Mace UK argued that even if the meetings were prima facie protected by ‘without prejudice’, the “cloak of privilege” should be denied because the tenants were using it for “perjury or unambiguous impropriety”.

Vos LJ said that “I do not think there is any evidence to suppose that Mrs Suh even knew what the term ‘without prejudice’ meant, let alone that she was calculating the use of it to tell lies.”

The judge said that “it was clear that the trial judge had “placed some reliance” on the admissions made by Mrs Suh. He allowed her appeal and ordered a retrial.

This decision supports those who make admissions during without prejudice meetings, mediations or conversations. Before allowing this to be relied upon as evidence in litigation the Court should consider the evidence objectively before deciding whether what was said was without prejudice. It can be so without being flagged up as such at the time as long as it is part of a genuine attempt to settle the claim. With mediations, what is said cannot be later relied upon in Court and this is normally expressly set out by the mediator in the agreement to mediate.