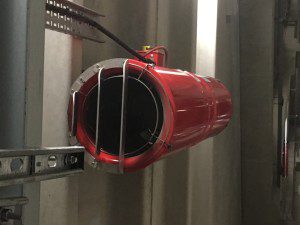 The small business commissioner proposal is closer to being launched following a debate in Parliament on 9 February, but it’s role will be restricted. It will tie in with the new GMCC dispute management service as it will direct businesses to existing mediation and alternative dispute resolution services.

An amendment to allow the SBC to have powers to conduct mediations was tabled which would have given the SBC the power to take an active role in resolving, mediating or facilitating the resolution of disputes.

The amendment looked to learn from what goes on in Australia and would have provided the commissioner with the opportunity to insist on mediation as a better way of solving disputes between two business parties than going to Court.

The staff of the New South Wales SBC are formally trained in mediation. In Australia, attendance at mediation may be legally required by a court, and the small business commissioner may insist on mediation after the initial consideration of the complaint. Any decisions or agreements reached during mediation are signed by both parties and are returned to the small business commissioner, who can hold them to account if they do not keep their side of the agreement. Mandatory mediation is vital as far as the Australian model is concerned.

It was argued that the value of mandatory mediation is not only in enabling the SBC to see a complaint through to resolution but in ensuring that both parties follow a process that minimises cost and the risk of the complaint ending up in court. The balance of power must not be so weighted against the small business supplier that it is put off pursuing a complaint for the lack of cheap, accessible dispute resolution.

The minister rejected these arguments on the basis that there are enough private mediation providers available to deal with disputes. It was not the remit, she said, for the SBC to offer services that are already available. They can point people in the right direction, but there should be no illusions about what the SBC’s role would be. She said “If someone comes to the SBC with a case that is within scope and says, “Will you mediate?” the commissioner will say, “No, I’m not going to mediate. You go off to mediation, but if you’ve got a complaint about bad practice relating to late payment, come back to me. I’ll deal with it.”

She added that “The services are there. Let us concentrate on what the commissioner’s role is. The role is to tackle late payment and to change the culture, so that we do not have so many small businesses that are not paid in time or have unfair conditions put on them in terms of when they are paid”

So it is clear that the main role of the commissioner will not be to resolve disputes itself but primarily to deal with late payment issues. This is good news for members of the GMCC and other businesses as they can utilise the GMCC dispute management service to resolve their disputes rather than the SBC imposing mediation on them.