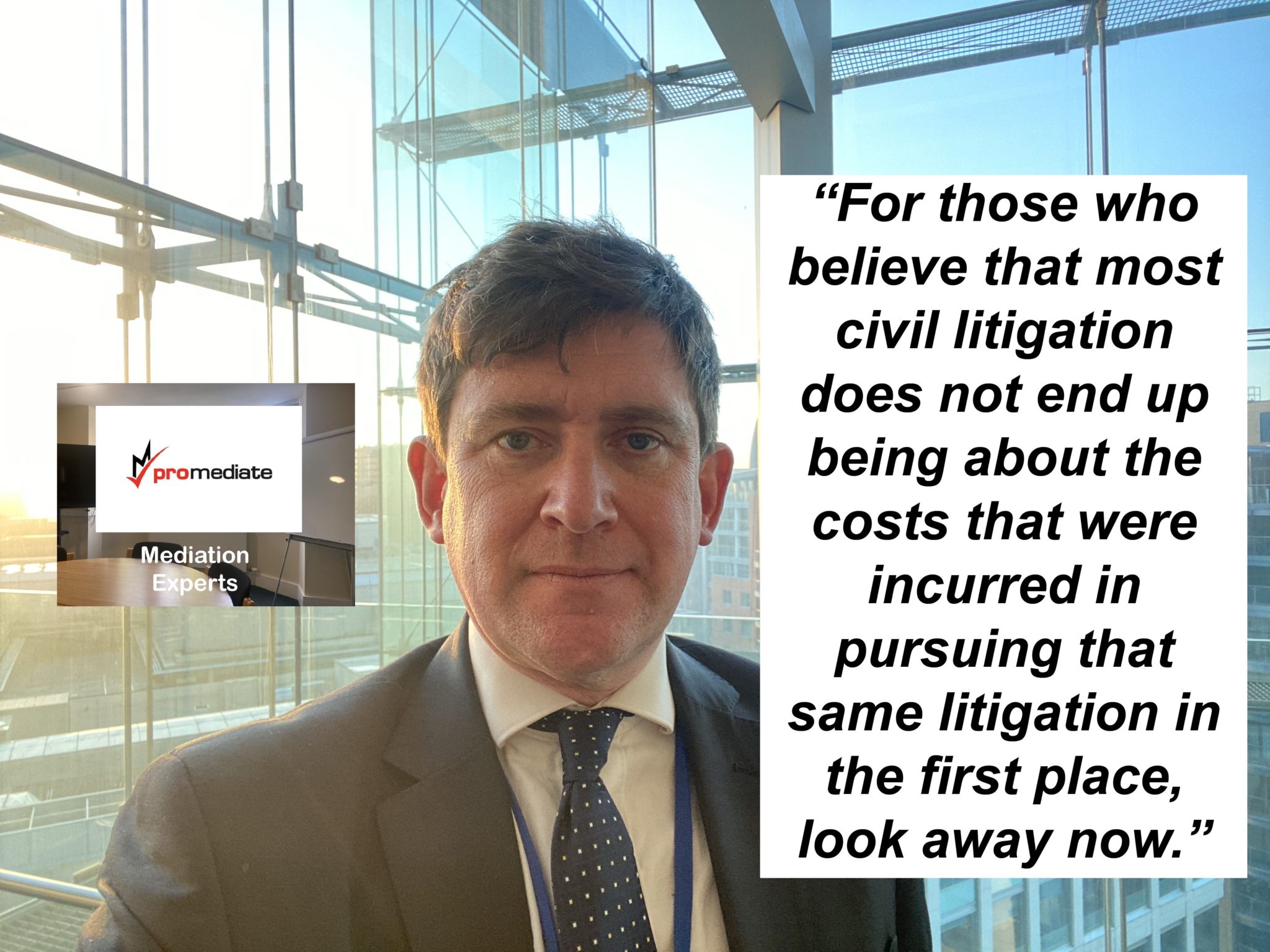 Having just successfully resolved a case today and saved the parties approx £100,000 costs they would have incurred, I can corroborate the comments made in a recent case. In the case of Ociusnet UK Ltd & Anor v Altus Digital Media Ltd & Anor [2021] EWHC 3377 (Ch)the judge said;

“For those who believe that most civil litigation does not end up being about the costs that were incurred in pursuing that same litigation in the first place, look away now.

That was said at the conclusion of litigation. The present case has hardly reached first base. Despite that, it has involved three hearings requiring multiple days of preparation by the parties and significant court time, including consideration of a hearing bundle running to nearly 700 pages not including authorities. No hearing so far has focussed on the merits. Each has dealt almost entirely with what costs should be paid and by whom or the procedure for resolving such. The costs of arguing about the costs of a claim which has barely started already run to tens of thousands of pounds.

The recent Ministry of Justice document Dispute Resolution in England and Wales Call for Evidence 2021 states at p6:

“We want to support people to get the most effective resolution without devoting more resources than necessary – financial, intellectual and emotional – to resolve their dispute. Creating more proportionate and constructive routes to resolution avoids the need for these resources to be expended, saving the user’s time, as well as reducing their levels of stress at an already difficult time.”

“a non-litigated approach to the dispute should be treated as the primary not the ‘alternative’ means”.

“Having now considered the case on three occasions, it is clear that devoting significant financial, intellectual and emotional resources to this litigation in the wake of Mr Peter Smith’s passing is unlikely to be the most efficient and cost-effective way of resolving the key underlying issues.

“The court will support more effective means of doing so. In further management of the dispute, the parties should co-operate in creating proportionate, constructive routes to resolution, inter alia to avoid more costs being incurred arguing about costs.”

So essentially the Court supported an alternative more cost effective approach, saving time and expense. That certainly seems to be our experience of mediation.

To  instruct a mediator please get in touch.