Over a quarter of employment cases settling 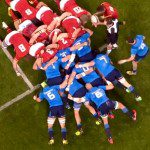 One of the most common types of dispute that arise are workplace disputes between employers and employees. In 2013 the fees for issuing a tribunal claim increased and as a result claims have dropped. Parties are more likely to try to settle their claims through ACAS.

Charges of up to £1,200 to claimants were introduced in July 2013. One of the aims was to discourage unmeritorious or weaker claims, but MoJ figures suggest this has yet to materialise.

In the final three months of 2015, 27% of claims were resolved at ACAS through conciliation and 26% were withdrawn.

Recent research showed 80% of litigants in early conciliation were satisfied with the service.

We consider it likely that if a similar conciliation system was introduced to general civil claims this would be at least as successful.  This appears to be the idea behind the online Court system that is being proposed and with Court fees on the rise, parties are increasingly turning towards mediation rather than the Courts or tribunals.