No near misses for part 36 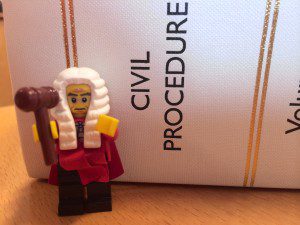 There is no longer a “near miss” rule for part 36 offers, appeal judges have made clear as they overturned a High Court decision which seemed to suggest that there was one.

Lord Justice Tomlinson said Mr Justice Eder’s decision was “outside the bounds of reasonable decision-making” since the damages obtained by the claimant exceeded the defendant’s part 36 offer “by a comfortable margin”.

Tomlinson LJ said the claimant’s failure to succeed on all parts of its claim was “adequately reflected” in Eder J’s decision to deprive it of 30% of its costs.

He said there was “no basis” on which it would appropriate to deprive the claimants of their costs after the defendant’s offer expired, “still less to require them to pay the defendant’s costs”.

The ‘near miss’ rule adopted by the courts pre-Jackson was ended by the 2013 reforms.

The court heard in Sugar Hut Group v A J Insurance Service [2016] EWCA Civ 46, that the Sugar Hut Club in Brentwood, Essex, was hit by a serious fire in 2009.

Tomlinson LJ said the club’s insurers avoided the policy for material non-disclosure, and when the claimants sued them, the claim was dismissed by the High Court. The club then sued its brokers for negligence.

Liability was compromised but there was no agreement on some elements of the damages, which came to trial before Eder J in October 2014.

Tomlinson LJ said Eder J had “effectively characterised as misconduct” the club’s claim for business interruption losses of over £600,000 after receipt of the defendant’s final part 36 offer.http://www.litigationfutures.com/news/court-of-appeal-reaffirms-death-of-near-miss-rule-for-part-36-offers

The lord justice said it could not be “misconduct, or unreasonable conduct, simply to pursue a claim in an amount greater than that at which it is valued by the opponent party”; something more was required to “render pursuit of the claim unreasonable”.

Employing a “happy phrase once coined in this context by a distinguished maritime arbitrator”, Tomlinson LJ said “the question is whether the claim exceeded the bounds of permissible optimism”; Eder J had “made no findings upon the basis of which it could be said that it did”.

He said the conduct which the judge took into account as justifying his “unusual order” after expiration of the part 36 offer was “the same as the considerations which had informed the withholding from the claimants of 30% of their costs” before that time, meaning that there was “justification in the claimants’ complaint that they have been twice penalised for the same shortcoming”.

Tomlinson LJ allowed the club’s appeal amended Eder J’s costs order so that the defendants continued to pay 70% of the claimant’s costs after expiry of the part 36 offer. Lord Justices Longmore and McCombe agreed.