Mediation Highlights in 2015 and Predictions for 2016 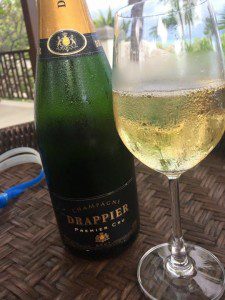 As 2015 draws to a close, what were the highlights for mediation during the year and what do we have to look forward to in 2016? An E-Court portal in every shopping centre?

2015 was a momentous year for civil litigation and there was no sign of changes ending following the Jackson reforms introduced in 2013.

In 2015 we saw changes to the pre-litigation process with the implementation of the ADR Directive in the UK from 1 October 2015.  This obliged businesses to signpost consumers to a certified ADR entity, but with no obligation to use it. Also from Europe we saw a consultation on the effectiveness of the Mediation Directive.

We also saw the beefing up of the pre-action protocols to encourage ADR.  The Courts issued what has been dubbed a “declaration of war” against parties who refuse to mediate in two judgments against the NHS Litigation Authority. This applies to unsuccessful parties and not just successful parties being deprived of their costs.

In Reid v Buckinghamshire Healthcare NHS Trust, the claimant was awarded its costs on the indemnity basis from three days after the Claimant’s solicitors had made an offer of alternative dispute resolution.

In another case, Bristow, the court went further, ordering all costs to be paid on the indemnity basis, from the date that work commenced rather than from the date of the offer to mediate.

In Laporte v The Commissioner of Police, the Claimants lost their case on every substantive issue, but argued that there should be no order for costs. The Defendant had not responded to the letter of claim and concentrated on preparing for trial, ignoring offers to mediate. The Judge applied the Halsey principles, decided that there was a reasonable chance that ADR would have succeeded and only awarded 2/3 of the defendants’ costs. This is yet another decision indicating that if mediation is refused then a costs penalty may be applied.

We also saw a consultation on Court fee increases, which rejected the proposal to increase the cap from £10,000 to £20,000, for now. A consultation also asked whether underused Court buildings should be closed and the estate rationalised, with money saved reinvested in the Court system.

Following the Civil Justice Council’s report on low value civil claims (under £25,000), which recommended establishing HM Online Courts, the judiciary began a reform programme and Briggs LJ started his review of the Civil Court system. His terms of reference presaged significant changes to the system in terms of increasing use of e-justice. The government announced in the Autumn statement that the personal injury small claims limit would be raised to £5,000 and whiplash claims would effectively be abolished, driving a stake into the heart of the litigation profession.

We have seen the Enterprise Bill pass through the House of Lords establishing the Small Business Commissioner which will direct disputes to mediation. An All Parliamentary Group of MPs has been set up looking at mediation.

In terms of consumer complaints and Court cases we saw the Volkswagen scandal erupt, the Ashley Maddison data leak, the Parking Eye case, as well as the Hoverboard and tumble drier defective product problems.

Great changes to “look forward” to in 2016 include a possible Brexit which may render the ADR Directive redundant. However, fearing the result will be unfavourable, the EU will announce various measures to placate the UK including further devolution on immigration policy and the revision of the Schengen Agreement and will launch an expensive PR and advertising campaign resulting in the UK staying in the EU.

At home the government will publish its response to the consultation on court closures which will recommend closing a large number of those Courts listed in the consultation. Briggs LJ will report on modernising the Court system. He will recommend introducing “in Court” mediation as suggested by the Lord Chief Justice in his press conference in 2015, with Court officers evaluating each claim to see what dispute resolution process is most appropriate and conducting ADR themselves. The numbers of district judges will be cut. In higher value claims Briggs LJ will suggest MIAMS or Early neutral evaluation/Family Dispute Resolution style hearings as part of case management. He will stop short of making mediation compulsory, or making it “opt out” pre-proceedings, in order to preserve the Courts, but may suggest reduced Court fees for those that have undertaken it. The Human Rights Act will be repealed, allowing for compulsory mediation and ADR. Only exceptional cases will go to trial and there will be daily court fees payable for trial.

IT consultants will be instructed to develop an online Court system, which will include a dedicated E-Court private portal in every shopping centre in major towns and cities. These will rapidly become redundant soon after commissioning following technological advances. A consultation will be issued to raise the small claims limit to £25,000 and to deal with hearings on paper or by telephone.  The government will consult on its proposed changes to the personal injury regime and implement some changes from April 2016.

The ODR regulations will be implemented with all businesses trading online being obliged to include a link to the EU ODR Platfor from 15 February, with a possible further delay to the commencement date. Businesses and consumers will start to complain about the way the system is working. The Business Commissioner will start to take shape. There will probably be further Court decisions reinforcing the requirement to try ADR and maybe a backlash or readjustment in this respect.

In terms of consumer complaints and Court cases for 2016, perhaps we will see more problems with misleading product perfomance, and problems caused by new technology such as e-cigarrettes, electric cars and drones causing personal injuries.  There is likely to be fall out from the flooding in the winter of 2015 with claims against the Environment Agency for breach of statutory duty.