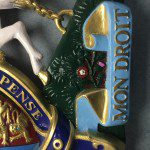 Following Theresa May’s visit to Florence a transition period is being proposed when we will remain in the single market and abide by the rules of the EU.

That means that the UK will have to continue its efforts to encourage mediation following the EU Parliament’s ratification of a Resolution on the mediation directive.

It recommends that Member States to step up their efforts to encourage the use of mediation in civil and commercial disputes, including through appropriate information campaigns providing citizens and legal persons with appropriate, comprehensive information regarding the thrust of the procedure and its advantages in terms of economising time and money and to ensure improved cooperation between legal professionals for that purpose; stresses in this context the need for an exchange of best practices in the various national jurisdictions, supported by appropriate measures at Union level, in order to boost awareness of how useful mediation is.

It calls on the Commission to assess the need to develop EU-wide quality standards for the provision of mediation services, especially in the form of minimum standards ensuring consistency, while taking into account the fundamental right of access to justice as well as local differences in mediation cultures, as a means to further promote the use of mediation.

It backs mediation and declares that overly long proceedings constitute a breach of citizens’ rights.

With Brexit happening but with a possible transition period when the UK remains in the single market and abides by EU laws and regulations we could find ourselves following these recommendations, but many in the UK may be less than enthusiastic about complying. Where the EU goes, the UK normally follows, in the mediation realm anyway.

The Mediation Pilot we are running in Manchester is very much in line with the EU recommendations.

The full text is as follows:

A. whereas Directive 2008/52/EC has been an important milestone with regard to the introduction and use of mediation procedures in the European Union; whereas nevertheless its implementation has differed greatly among the Member States,
depending on the prior existence or not of national mediation systems, with some Member States opting for a relatively literal implementation of its provisions, others for an in-depth revision of alternative ways to resolve disputes (such as Italy, for instance, which uses mediation at a rate six times higher than the rest of Europe), and others deeming their existing laws to be already in line with the Mediation Directive;

B. whereas most Member States have extended the scope of application of their national transposing measures to domestic cases too – with only three Member States having chosen to transpose the Directive with respect to cross-border cases only(7)

C. whereas the difficulties which have emerged at the transposition stage of the directive largely reflect the differences in legal culture across the national legal systems; whereas priority should therefore be given to a change in the legal mind-set through the development of a mediation culture based on friendly dispute settlement – an issue that has repeatedly been raised by European networks of legal professionals since the inception of the Union directive and subsequently during its transposition by the Member States;

D. whereas the implementation of the Mediation Directive has provided EU added value by raising awareness among national legislators of the advantages of mediation and bringing about a degree of alignment with regard to procedural law and diverse practices in the Member States;

E.  whereas mediation, as an alternative, voluntary and confidential out-of-court procedure, can be a useful tool for alleviating overloaded court systems in certain cases and subject to the necessary safeguards, since it can enable natural and legal persons to settle disputes out of court quickly and cheaply – bearing in mind that excessively long court proceedings violate the Charter of Fundamental Rights -, while ensuring better access to justice and contributing to economic growth;

F. whereas the objectives stated in Article 1 of the Mediation Directive aimed at encouraging the use of mediation and in particular at achieving a ‘balanced relationship. between mediation and judicial proceedings’ have clearly not been achieved, as mediation is used in less than 1 % of the cases in court on average in the majority of Member States(8)

G. whereas the Mediation Directive has not created a Union system for out-of-court dispute resolution in the strictest sense, with the exception of the introduction of specific provisions in the field of expiration of limitation and prescription periods in legal proceedings when mediation is attempted and in the field of confidentiality obligations for the mediators and their administrative staff;

Welcomes the fact that in many Member States mediation systems have recently been subject to changes and revisions, and in others amendments to the applicable legislation are envisaged(9) ;

Deplores the fact that only three Member States have chosen to transpose the directive with respect to cross-border cases only, and notes that certain difficulties exist in relation to the functioning of the national mediation systems in practice, mainly related to the adversarial tradition and the lack of a mediation culture in the Member States, the low level of awareness of mediation in the majority of Member States, insufficient knowledge of how to deal with cross-border cases, and the functioning of the quality control mechanisms for mediators(10) ;

Stresses that all Member States make provision for the possibility for courts to invite the parties to use mediation or at least to attend information sessions on mediation; notes that, in some Member States, participation in such information sessions is obligatory, on a judge’s initiative(11) , or in relation to specific disputes prescribed by law, such as family matters(12) ;

indicates, likewise, that some Member States require lawyers to inform their clients of the possibility of using mediation, or that applications to the court confirm whether mediation has been attempted or whether there are any reasons which would stand in the way of such an attempt;

notes however that Article 8 of the Mediation Directive ensures that parties that choose mediation in an attempt to settle a dispute are not subsequently prevented from having their day in court as a result of the time spent in mediation; highlights that no particular issue seems to have been raised by Member States in relation to this point.

Notes also that many Member States provide financial incentives for parties to use mediation, either in the form of cost reductions, legal aid, or sanctions for unjustified refusal to consider mediation; observes that the results achieved in these countries prove that mediation can provide a cost-effective and quick extra-judicial resolution of disputes through processes tailored to the needs of the parties;

Considers that the adoption of codes of conduct constitutes an important tool for ensuring the quality of mediation; observes in this regard that the European Code of Conduct for Mediators is either directly used by stakeholders or has inspired national or sectoral codes; observes also that most Member States have obligatory accreditation procedures for mediators and/or run registries of mediators;

Regrets the difficulty of obtaining comprehensive statistical data on mediation, including the number of mediated cases, the average length and success rates of mediation processes; notes that without a reliable database it is very difficult to further promote mediation and increase public trust in its effectiveness; underlines on the other hand the increasing role of the European Judicial Network in civil and commercial matters in improving national data collection on the application of the Mediation Directive;

Welcomes the particular importance of mediation in the field of family law (especially in proceedings concerning child custody, access rights and child abduction cases), where it can create a constructive atmosphere for discussions and ensure fair dealings between parents; notes, further, that amicable solutions are likely to be long-lasting and in the child’s best interests as they can address, in addition to the child’s primary residence, visitation arrangements or agreements concerning the child’s maintenance; highlights in this context the important role played by the European Judicial Network in civil and commercial matters in drawing up recommendations aimed at enhancing the use of family mediation in a cross-border context, in particular in child abduction cases;

Stresses the significance of the development and maintenance of a separate section on the European e-Justice Portal dedicated to cross-border mediation in family matters and providing information on national mediation systems;

Welcomes the Commission’s dedication therefore to co-financing various projects aimed at the promotion of mediation and training for judges and practitioners in the Member States;

Stresses that, despite the voluntary nature of mediation, further steps must be taken to ensure the enforceability of mediated agreements in a quick and affordable manner, with full respect for fundamental rights, as well as Union and national law; recalls in that respect that the domestic enforceability of an agreement reached by the parties in a Member State is, as a general rule, subject to homologation by a public authority, which gives rise to additional costs, is time consuming for the parties to the settlement, and could therefore negatively affect the circulation of foreign mediation settlements, especially in cases of small disputes;

Calls on the Member States to step up their efforts to encourage the use of mediation in civil and commercial disputes, including through appropriate information campaigns providing citizens and legal persons with appropriate, comprehensive information regarding the thrust of the procedure and its advantages in terms of economising time and money and to ensure improved cooperation between legal professionals for that purpose; stresses in this context the need for an exchange of best practices in the various national jurisdictions, supported by appropriate measures at Union level, in order to boost awareness of how useful mediation is;

Calls on the Commission to assess the need to develop EU-wide quality standards for the provision of mediation services, especially in the form of minimum standards ensuring consistency, while taking into account the fundamental right of access to justice as well as local differences in mediation cultures, as a means to further promote the use of mediation;

Calls on the Commission also to assess the need for Member States to create and maintain national registers of mediated proceedings, which could be a source of information for the Commission but also used by national mediators to benefit from best practices across Europe; stresses that any such register must be established in full compliance with the General Data Protection Regulation (Regulation (EU) 2016/679)(13);

Requests that the Commission undertake a detailed study on the obstacles to the free circulation of foreign mediation agreements in the Union and on various options to promote the use of mediation as a sound, affordable and effective way to solve conflicts in internal and cross-border disputes in the Union, taking into account the rule of law and ongoing international developments in this field;

Calls on the Commission, in its review of the rules, to find solutions in order to extend effectively the scope of mediation also to other civil or administrative matters, where possible; stresses, however, that special attention must be paid to the implications that mediation could have on certain social issues, such as family law; recommends in this context that the Commission and the Member States apply and implement appropriate safeguards in mediation processes to limit the risks for weaker parties and to protect them against any possible abuse of process or position by the more powerful parties, and to provide relevant comprehensive statistical data; underlines also the importance of ensuring that fair criteria are complied with in terms of costs, especially in order to protect the interests of disadvantaged groups; notes however that mediation may lose its attractiveness and added value if excessively stringent standards for the parties are introduced;

Instructs its President to forward this resolution to the Council, the Commission and the governments and parliaments of the Member States.