Madonna Ciccone v Guy Ritchie – they should have mediated! 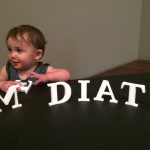 There is perhaps nothing more unedifying to witness than two parents battling over residence of their children. This has been demonstrated in the case of Madonna and her ex husband Guy Ritchie.

The Court when giving judgment hammered this home when it said that:

For all the interesting legal argument and great learning that is apparent from the admirable skeleton arguments and submissions of leading and junior counsel, at the root of these proceedings (and, I venture to add, the proceedings in the United States) is a temporary breakdown in trust. For all the media coverage, comment and analysis, this is a case born out of circumstances that arise for countless separated parents the world over.

The court should always be the option of very last resort when parents cannot agree matters in respect of their children. Whilst the law provides a mechanism for the resolution of disputes between parents in respect of their children it is but a blunt instrument when compared to the nuanced virtues of calm discussion and considered compromise between those involved, accepting that this latter path can be a hard one on which to embark, and to sustain, in the context of relationship breakdown. It is for this reason that during the course of the proceedings on each side of the Atlantic Judge Kaplan and myself have repeatedly urged the parties to adopt a consensual approach to resolving the matters of dispute between them for the benefit of Rocco.

Within this context I renew, one final time, my plea for the parents to seek, and to find an amicable resolution to the dispute between them. Because agreement is not possible today does not mean that agreement will not be possible tomorrow. Most importantly, as I observed during the course of the hearing, summer does not last forever. The boy very quickly becomes the man. It would be a very great tragedy for Rocco if any more of the precious and fast receding days of his childhood were to be taken up by this dispute. Far better for each of his parents to spend that time enjoying, in turn, the company of the mature, articulate and reflective young man who is their son and who is a very great credit to them both.”

This is certainly a case where the parties should have tried mediation or conciliation rather than washing their dirty linen in public and probably upsetting their son. The same principles apply in the commercial arena. It is always better to mediate. That is why the MOJ are currently looking at importing Mediation and Assessment Meetings into the civil Courts from the family court arena where it is already used extensively. 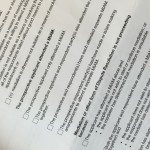