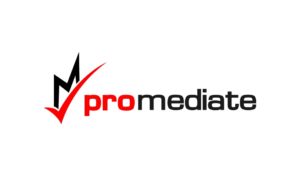 We are here to help you deal with any consumer dispute that arises after you have dealt with it through your internal complaints process.
Businesses are increasingly understanding that their are very good commercial reasons for offering to deal with a complaint through alternative dispute resolution, as opposed to traditional Court action:
Customer Loyalty and Retention
It is rarely the case that a business gets everything right 100% of the time.  What you do when something goes wrong is increasingly becoming crucial to a business’ success. Take Facebook or Cambridge Analytica for example. Two high profile cases adversely affected by data breach issues.
Well handled complaints see 75 per cent make return purchases, but businesses need to encourage consumers to make issues known.*
Only 11 per cent would return to a company if a complaint was handled poorly
One in three (36%) think more of a company that handles complaints effectively
Three in 10 (30%) chose to switch providers or spend less because of disappointing experiences.
A third (34%) of consumers are more likely to trust a company that offers ADR so this should be an essential part of any complaints process.
We know that retaining customers is half the battle and embracing alternative dispute resolution when something goes wrong can make all the difference when it comes to customer retention. It takes much more effort to recruit a new customer than to retain an existing one. Moreover, customer Complaints handling is increasingly becoming the shop window for businesses.
Complaints can be valuable in highlighting issues that need to be addressed and giving you the opportunity to engage with the customer in a positive way.
By joining this dispute resolution scheme and agreeing to use it, you will be one step ahead of other businesses and comply with the information requirements of the ADR Regulations.
Reputation – Confidentiality
Bad reviews are bad for business.  We have all read the horror stories about the effect of poor reviews on review sites such as Trip Advisor.  There are now online reviews for most goods and services and they are an important factor in decision making.  41% of customers will complain via social media and 12% by traditional media, more than the proportion going to Court (12% small Claims Court – 8% higher Court).  At present only 10% use Mediation to resolve their disputes, but we would argue that Mediation has advantages and is set to increase. Mediation is confidential and so it is possible to reach agreement to remove bad reviews or modify them as part of the outcome.
Speed and Efficiency
The latest statistics from the Ministry of Justice show that the time taken for small claims to trial took 32.2 weeks and for multi/fast track claims 58.3 weeks, up 1.8 and 5.4 weeks on the same period in 2016 respectively. * Claims under £10,000 are dealt with in the small claims track. Even if you win, you seldom recover any legal costs, unless your opponent has acted unreasonably.  If you offer to use ADR to your customers or anyone else you are in dispute with, you stand a good chance of persuading the Court that you acted reasonably and that you should get any legal costs back, or not have to pay the other party’s costs. You also need to factor in the time you will have to spend bringing or defending a Claim including putting together your documents and witness statements in the correct format and attending the final hearing and any interim applications. Even if you are awarded anything, you then need to enforce that judgment which can be a palaver. There are Court fees to pay if you are a Claimant or put in a counter claim. There are plans to introduce a more streamlined small claims process, with the new Online Court, which may  speed matters up, but nonetheless the Court system is always a lottery.
Many advisers recommend waiting until a claim is issued and then agreeing to use the free Small Claims Mediation Pilot, but we would caution against this.  There are only 16 unqualified Court based mediators in the UK and they are overstretched. Both parties have to agree to use the service and by this stage many customers are unwilling to do so. The Court based mediator does not have the file in front of them and so has no prior knowledge about the matter.
By contrast, Mediation over the telephone, online, or in person, before litigation, can be arranged quickly and at a low cost as members of the ProMediate scheme. Any agreement reached can be enforced in the Court system. You stay in control of the process throughout as it is voluntary and achieves results by building consensus, rather than highlighting differences.
ProMediate is committed to helping you to resolve any disputes arising and to preserve your business reputation.
* Consumer Action Monitor 2018
https://www.ombudsman-services.org/docs/default-source/downloads/cam-2018-report.pdf?sfvrsn=0
* MOJ quarterly civil Justice Statistics https://assets.publishing.service.gov.uk/government/uploads/system/uploads/attachment_data/file/684410/civil-justice-statistics-quarterly-oct-dec-2017.pdf