It takes over a year to get to trial! 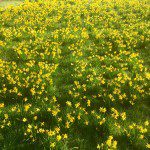 Spring is is an ideal time to consider mediation for any tricky claims or complaints that you have.

We have just received the quarterly statistics from the Court service for October to December. The number of claims being dealt with appears fairly static but this does include debt claims.

In October to December 2015, courts dealt with around 390,000 claims. There were also around 34,000 allocations, 63,000 defences and 214,000 judgments. The number of claims courts dealt with is similar to the same quarter in the previous year, defences were down 6%, allocations down 4% whilst judgments increased by 8%.

Looking over the longer term, the total number of claims increased in 2013 and 2014 compared with previous years – however, provisional figures for 2015 show a small decrease (down 3%) indicating a possible change in overall trend.

Judgments fell between 2009 and 2012, but have since seen year on year increases with provisional figures for 2015 showing an increase of 4% compared to the previous year. The contradictory trend in judgments compared with claims reflects the lag in the system i.e. the time taken for a case to move through the system from claim to judgment.  In 2015, both the claimant and defendant had legal representation in 58% of all defences (up from 54% in 2014) whilst neither the defendant nor the claimant had representation in 18% of defences (compared to 20% in 2014). Unspecified money claim defences account for 71% of all defences and in almost all such defences (97%), both sides were legally represented.  There was an average of 53.5 weeks between a fast or multi-track claim being issued and the claim going to trial in October to December 2015, compared with 59.1 weeks in the same period in the previous year.

So it is clear that it takes over a year to get to trial on a fast track or multi track case! Surely a reason to mediate and get a quicker result?