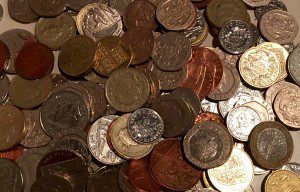 When Liverpool Football Club decided to increase its ticket prices to £77 fans voted with their feet. Thousands walked out at the 77th minute.

Court fees were increased to make the Courts self funding unlike other public services. The Ministry of Justice claimed this would not put people off bringing claims but this seems to be counter intuitive. Litigation is a distressed purchase and so there is less choice than going to a football match.  In fact the public do have a choice and are likely to increasingly turn towards mediation and other less expensive forms of dispute resolution.

People and small businesses will be deterred from going to court to make claims because of the Court fees increases.  Lord Dyson, master of the rolls told MPs that the higher charges introduced in March last year risked denying access to justice to people on modest incomes. Another senior judge, Sir James Munby, also criticised the higher divorce fees of £500, which he said would particularly hit women, who tended to be the parties seeking a divorce.

Both judges were giving evidence to the Commons justice committee of MPs on 26 January 2016. The Ministry of Justice is under fire across the legal profession and judiciary over the higher fees charged in the civil courts in recent years.

Lord Dyson, who is head of civil justice, said that he was particularly concerned about people on modest incomes who did not qualify for help with charges known as fee remission. “They are the sort of people I think would be inevitably deterred from litigating,” he said. “I don’t say in all cases of course, but I am particularly concerned about the small and medium enterprises.”

MPs attacked the Ministry of Justice on 9 February over a controversial increase to civil court fees after scathing criticism from the Master of the Rolls that the increases were implemented after “lamentable” research.

Shailesh Vara, the justice minister, said he did not accept the analysis from Lord Dyson, the most senior civil judge in England and Wales, who had warned of the “real dangers” of the higher court fees for access to justice. Lord Dyson also condemned what he viewed as the haste with which the changes were made.

Robert Neill, the Conservative chairman of the justice committee, quoted Lord Dyson’s comments to MPs last week that he had “got the sense it was almost a desperate way of carrying on”.

But Vara, appearing before the committee, replied: “It’s not a criticism that I agree with. I have huge respect for our judiciary but on this issue, the criticism was of one specific piece of research and not the other four.”

Defending the research Vara added that it had been commissioned from the “highly reputable” polling company Ipsos Mori.”The conclusion of that research was that of the individuals and SMEs [small and medium sized enterprises] who were interviewed, while some said they would need to reflect before going ahead because of the court fee, nevertheless many of them said they would go ahead.”

Vara continued: “Hindsight is a wonderful thing. We had to act quickly. We did the best we could in the circumstances. These are difficult decisions. They won’t be welcomed with open arms. It is necessary to raise fees, tough those these decisions are.”

Neill pointed out that the senior judges who make up the Judicial Executive Board had, in a submission to the committee, criticised the “entire evidence base” for enhanced court fees.

In relation to this debate we would say that most small businesses would like to avoid going to Court and paying 5% of the claim value to bring a case. Most would prefer to step off the litigation escalator and try mediation as an alternative route to resolving disputes.