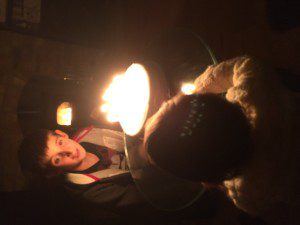 On Monday an EU complaints IT platform will be born and all UK businesses selling online will have to have a link to it! Consumers and businesses should be celebrating as this should make ADR more popular for dealing with customer complaints that can’t be resolved, so avoiding the need to go to Court.

Coincidentally, the long running legal battle over the copyright regarding ‘Happy Birthday’ may have been settled using ADR.

Not many people know that the reason why the song has not appeared in many films is that Warner/Chappel claims to own the copyright and so royalties have to be paid for each use.

Warner/Chappell bought the rights for $22m in 1988 and has since made an estimated $2m a year licensing the song for movies and TV.

However, a US judge (J. King) ruled that the copyright does not cover the song lyrics followig a lawsuit filed by company who argued the song should be ‘dedicated to public use and in the public domain’

Good Morning To You Productions Corp., which is working on a documentary film tentatively titled ‘Happy Birthday’ issued the claim which has been going on for over two years. They were told that they would have to pay $1,500 to use it in the film.

The lawsuit also asked for monetary damages and restitution of more than $5 million in licensing fees that it said Warner/Chappell had collected from thousands of people and groups who have paid to use the song over the years.

In a settlement filed with courts on Monday, Warner/Chappell agreed to pay $14m to end the lawsuit.

The tune has a long contentious history stretching back to the late 19th century. Warner/Chappell bought the rights for $22m in 1988 and has since made an estimated $2m a year licensing the song for movies and TV.

On 14 March, J. King will get to approve the settlement filed on Monday, making the song available to the public.

Although Warner/Chappell agreed to settle, the company has issued a statement noting that it “respectfully disagreed with the court’s decision.”

The legal team representing the Claimants are seeking a $4.62m fee for their work on the case. The rest of the $14m settlement will be used to compensate everyone who has paid a fee for the use of the song in the past.

Given the legal costs involved and the release of the song for general use, this is another successful instance of using ADR to resolve long running disputes.