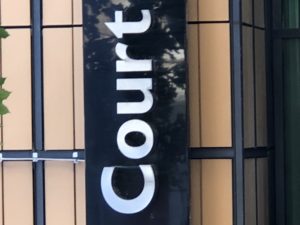 Herbert Smith Freehills has teamed up with PwC and IMI (International Mediation Institute) to identify key insights that emerge from the extensive voting data collected during the Global Pound Conference series. With a focus on the needs of corporate users of dispute resolution, this ground-breaking report challenges the traditional and fundamental notions of what clients want and how lawyers should represent them in a dispute. They identify four key global themes along with four notable regional differences.

Continental Europe marches to a different beat Delegates at the Continental European conferences voted differently to all other regions when it came
to the relationship between in-house counsel and external lawyers in changing dispute resolution habits.
This revealed a conundrum in Continental Europe where delegates indicated that in-house counsel were looking to drive change in corporate attitudes to conflict prevention while battling with a lack of knowledge of dispute resolution options to effect that change. There was less emphasis on collaboration in this region too.

The legacy of the Woolf Reforms – visible in the UK Lord Woolf’s ground-breaking reforms to the civil justice system in England and Wales in the late 1990s embedded the role of ADR in the case management of civil litigation. Nearly 20 years on, the data from the London GPC Series finale reveals well-informed in-house counsel familiar with dispute resolution processes, focused on collaboration and efficient dispute resolution using non-adjudicative processes in pre-action protocols and mixed-mode dispute resolution.

Delegates in London were by far the clearest in identifying that the parties to commercial disputes typically want lawyers to work collaboratively with parties to navigate the dispute resolution process [Session 1, Q5]. In other regions delegates viewed the role of lawyers as advocates as being of broadly
equivalent significance, except for North America where the tradition of zealous advocacy on behalf of clients was readily apparent in the preference for lawyers advocating on behalf of clients.

While the Woolf Reforms have been widely celebrated as an enlightened step forward in the administration of civil justice, it seems the GPC data may be providing some real evidence of how changes in civil procedure to promote ADR can bring about progressive attitudes among a generation of Parties.

These insights show the potential of the GPC series to inform further studies and discussions across the world. Download your copy of the report here to learn more.