Fixed Costs – the time has come- another reason to mediate? 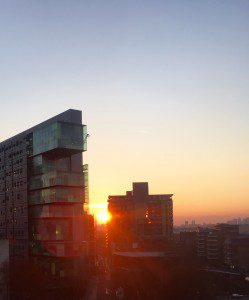 Recent proposals to introduce fixed recoverable costs are likely to result in an increase in mediation.

On 28 January Jackson LJ, the architect of the new civil procedure rules, made an announcement about introducing fixed costs throughout fast track claims (ie up to a value of £25,000) and also in what is referred to as “the lower reaches of the multitrack”. He proposed a scale based on the value of the claim.

The figures proposed by Jackson LJ would cover claims up to £250,000; be in broad value bands, and would also allow discrete amounts for key procedural steps and actions including mediation. Disbursements (not including barristers’ fees) would be outside the matrix he proposed. Once again the pressure is on solicitors to cap their costs. The temptation would surely be to increase profitability by mediating as soon as possible.

The scale of costs for multi-track cases proposed by Jackson LJ including Solicitors’ and barristers’ fees:

Issue/statements of case
(+25% if counterclaim)

Of course, parties can still spend more than this. They just can’t recover anything more from the other party. This means that Goliath (those with deep pockets like insurers and corporations) can outspend David if they want to.

It is not clear how this has been calculated and whether the outdated guideline hourly rates have been used.

The proposals need to go through a consultation process and so will not be coming to a court near you on a week next Tuesday. Moreover Jackson himself wants not to be involved, saying that “if the Government does not wish to pursue this reform as a priority or if for reasons of resources it cannot do so, then I suggest that a senior judge who doesn’t mind being pilloried (preferably not me again) should actually draw up the scheme.”

If this is implemented there will be increased pressure on lawyers to finalise cases within budget as anything above the fixed costs will not be recoverable. Interesting to see that ADR is specifically catered for within the fixed fee scale. There is also an incentive to limit the trial to 5 days, as only 5% of the trial daily fee can be recovered after that. We may find also that claim values increase and that more claims are made for over £250,000.

That will result in yet more mediations taking place to resolve cases quickly before costs exceed the fixed tariff.