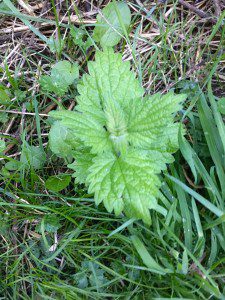 The New Debt Pre-action Protocol comes into effect on 1 October 2017.

Creditors will be surprised to see that from 1 October pursuing a debt against an individual or sole trader, is about to become a lot more complicated. It will no longer be advisable to launch legal proceedings without giving the debtor the opportunity to resolve the matter beforehand. The creditor is also expected to provide set information to the debtor in a letter of claim. Failing to follow the new Pre-action protocol may affect the case management Directions the Court makes, such as staying proceedings until it has been complied with.

Most importantly to us, the Court will expect the parties to take steps to settle the matter and use alternative dispute resolution.

The new Protocol provides that:

6.1 If the parties still cannot agree about the existence, enforceability, amount or any other aspect of the debt, they should both take appropriate steps to resolve the dispute without starting court proceedings and, in particular, should consider the use of an appropriate form of Alternative Dispute Resolution (ADR).

6.2 ADR may simply take the form of discussion and negotiation, or it may involve some more formal process such as a complaint to the Financial Ombudsman Service where the dispute concerns a debt regulated under the Consumer Credit Act 1974.

6.3 In some cases, especially where the debt is large, mediation (a third party facilitating a resolution) might be appropriate. Details of registered mediation providers can be obtained from the Civil Mediation Provider Directory at www.civilmediation.justice.gov.uk. The potential costs of mediation should be considered in relation to the amount of the debt.

6.4 Where the parties reach agreement concerning the repayment of the debt, the creditor should not start court proceedings while the debtor complies with the agreement. Should the creditor wish to start court proceedings at a later date, they must send an updated Letter of Claim and comply with this Protocol afresh. If documentation was sent with a Letter of Claim in the preceding 6 months, that documentation need not be sent again unless it requires updating.

7 COMPLIANCE WITH THIS PROTOCOL

7.1 If a matter proceeds to litigation, the court will expect the parties to have complied with this Protocol. The court will take into account non-compliance when giving directions for the management of proceedings. The court will consider whether all parties have complied in substance with the terms of the Protocol and is not likely to be concerned with minor or technical infringements, especially when the matter is urgent.”

This will have implications for businesses seeking to recover debts, creating additional bureaucracy, just at a time when the government is creating the Small Business Commissioner to deal with debts owed to small businesses. Large businesses such as utility companies with a large debt collection caseload will have to adapt their processes to incorporate the protocol and the firms who deal with debt collection will also have to review their processes and charging structures. They may well decide to retain ADR/Mediation providers on a general retainer to negotiate with customers. ProMediate is ready for such enquiries, as a certified ADR Provider under the ADR Regulations 2015.