Claims against other parties following settlement 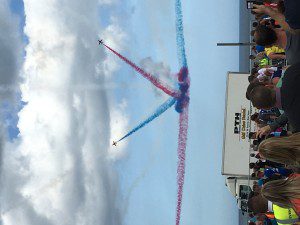 It is often the case that a Claimant has a claim against more than one party and they want to settle one claim and reserve the right to pursue another.
The Court of Appeal has held that a Claimant’s previous settlement with a contract breaker did not discharge his claims against the other defendants for inducing the breach of contract: Anthony McGill v Sports & Entertainment Media Group & 8 Ors [2016] EWCA Civ 1063.

This case provides helpful guidance on when a settlement with one defendant will also discharge claims against other defendants.

In November 2007 the claimant brought a claim against former professional football player Gavin McCann (the “Player”) for breach of an oral contract appointing him as the Player’s exclusive agent for the negotiation of a new contract. The claimant claimed damages in the region of £300,000. This claim was settled on the first day of trial, with the Player agreeing to pay the claimant £50,000 in full and final settlement of all claims arising out of the matters set out in the statements of case in the action, including any outstanding orders as to costs. The claimant was willing to settle on this basis, even though his own legal costs were (he said) around £155,000.

In July 2012, the claimant brought claims against the present defendants alleging that they had induced the Player’s breach of contract. The High Court dismissed the claims for a variety of reasons. The judge considered and rejected the defendants’ argument that any liability they owed had been discharged by the claimant’s settlement with the Player.

It suggests that, where the causes of action against the different defendants are separate (ie there is no joint liability), a court will not be quick to conclude that settlement with one will discharge the others – unless it is clear that the effect of the first settlement was to extinguish the claimant’s loss.

However, claimants who wish to settle with only one (or some) of a number of potential defendants should be careful because the position will differ where the defendants are jointly liable – a distinction which may not be clear in all cases. Any such settlement should be carefully structured to ensure other potential claims are not unintentionally released. The key is to include an express reservation of the right to pursue other defendants.

A clear statement as to why the claimant is prepared to accept the settlement amount may also be of assistance, given the Court of Appeal’s suggestion that the claimant’s motivation in settling may be relevant in determining whether it should be taken to represent the full measure of the claimant’s loss.

The other side of the coin is that a party who settles and makes a payment can often claim a contribution afterwards from a third party who they blame for causing the loss.

A Claimant may choose to focus on one of the parties. This is because from a Claimant’s perspective it can be more straightforward to pursue just one party, especially if that party is insured and/or if the contracts provide for arbitration leaving the employer to issue separate arbitration proceedings against all the parties.

This all seems very straightforward, however it can give rise to a number of issues.

Firstly, when is a party “liable”?

The answer is easy if there is a judgment but what about where there has been a settlement?

“A person who has made or agreed to make any payment in bona fide settlement or compromise of any claim made against him in respect of any damage (including a payment into court which has been accepted) shall be entitled to recover contribution in accordance with this section without regard to whether or not he himself is or ever was liable in respect of the damage, provided, however, that he would have been liable assuming that the factual basis of the claim against him could be established.”

Second, the liability has to be in respect of the “same damage”. This was confirmed in the decision of the House of Lords in Royal Brompton Hospital NHS Trust v Hammond. There the employer sued its architects for negligently granting extensions of time under a building contract. The employer had already compromised an arbitration with the contractor on terms which included an indemnity by the employer against any claim by the architects. The architects claimed a contribution against the contractor. The claim was struck out because the damage for which it was alleged the architects were liable was not the same as that for which the contractor would be liable.

If all of the above criteria are satisfied, a defendant will be able to pursue a contribution claim against a third party. But it must be alert to the time frame for bringing contribution proceedings. It has two years from the date of liability in which to bring the claim (see Section 10 of the Limitation Act 1980). It is worth noting that this timeframe applies regardless of whether the limitation period for the claimant to bring proceedings against the third party has expired.

The amount that can be recovered from one party can be limited by a net contribution clause.

We would encourage litigants to resolve all their claims at once in a mediation but sometimes that isn’t possible and then it is important to reserve rights if more losses are claimed.