Small Business Commissioner will have teeth! 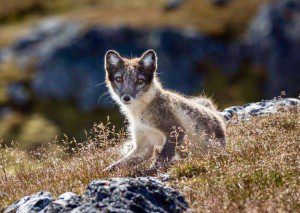 The new Small Business Commissioner will have powers to determine complaints between small businesses and larger ones and to name and shame. Complaints will have to be made within 12 months. There is nothing to stop third parties acting for small businesses to help them to pursue complaints anlthogh the process is not intended to be legalistic.

We recently responded to the BEIS to consultation on the policy underpinning the Small Business Commissioner’s complaints process for small businesses. BEIS has now published the Government Response to the consultation and associated Draft Regulations (24 February).

The Government Responses and Draft Regulations can be found at (https://www.gov.uk/government/consultations/small-business-commissioner-process-for-handling-complaints). They are seeking any final comments on the Regulations by Thursday 9 March. Please send these to: SBCPolicy@beis.gov.uk clearly marked as a response to the “Draft Statutory Instrument: The Small Business Commissioner” by 9 March 2017. 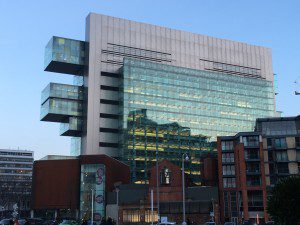 BEIS says that “The government is committed to tackling unfair payment practices, including late payment, to make the UK the best place in Europe to grow and start a business, and increase transparency around payment practices. We have established a Small Business Commissioner (SBC) through provisions in the Enterprise Act 2016. The SBC’s role is to support small businesses to resolve payment disputes, and to avoid future issues by encouraging a culture change in how businesses deal with each other. The SBC will provide general advice and information, direct small businesses to existing dispute resolution services such as mediation and handle complaints about payment issues. The Act says that further detail of the SBC’s complaints handling functions will be set out in Regulations. This consultation process has been about developing these Regulations, to ensure there is transparency around key processes for business.”

The changes to the process for making complaints include the following:

This means that a wide range of small businesses will be able to complain and big business should take note that complaints may be made about matters that happened before implementation in October 2017.

Regarding naming and shaming, the BEIS says that the power “to name a respondent to a complaint in a published report is a key power of the SBC and will enable the SBC to draw attention to poor and good practice. It is an essential tool for the SBC to effect a culture change in the way in which businesses deal with one another. Before a decision is taken on whether to name a respondent, the SBC will have already considered whether the behaviour of the respondent has been fair and reasonable in the thorough process that has been described in the consultation document.

If the SBC makes a decision to publish a report, but not to name the respondent to the complaint, every effort will be made to avoid revealing their identity.

We have added to the Regulations one additional matter which must be taken into account by the SBC. This is whether the respondent has acted or not acted on any previous recommendations made to the respondent by the SBC. We were convinced by respondents that the broader record of behaviour of a respondent to a complaint should be considered when deciding whether to name them in the publication of a report.

We decided this was very different to considering the previous track record of a business when determining an individual case on facts, which we do not intend the SBC to do. We think serial offenders and those larger businesses that choose not to follow the SBC’s recommendations should be named more readily to draw attention to this poor practice and support culture change.”

We anticipate that a SBC complaint will be an attractive route for small businesses to use as an alternative to going to Court and advisors would be well advised to bear it in mind going forwards from now given that it may consider retrospective complaints.