Relationships – the triumph of hope over experience – prenups 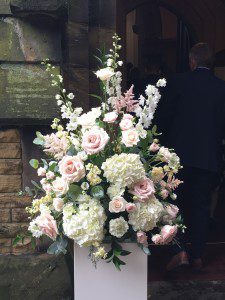 It is reported that Prince Harry has decided not to enter into a prenup with Meghan Markel, despite the disparity between the them in terms of their wealth. Prince Harry has reportedly over £30m and Ms Markel has £4m in assets.

No doubt Prince Harry does not wish to puncture the romantic dream and agreeing to a prenup must feel like planning one’s own funeral.

The stark reality is that over 40% of marriages end in divorce and many others continue only in name. It is sensible to prepare for this eventuality. The divorce rate has in fact decreased in recent years because of the increase in cohabitation, but many people do not realise that if they split up they have no legal rights compared to married couples. An agreement is even more important in such circumstances.

The husband and the wife both received independent legal advice about the agreement at the outset.

Full and frank financial disclosure of both parties’ assets was made prior to the agreement. Assets were not hidden.

The agreement must not be entered into less than 21 days before the marriage.

Neither party was under pressure or duress to sign the agreement against their will.

There has been no significant change which would make the agreement inappropriate (for example, the birth of children).

The agreement has to be fair and realistic. If the division of assets is weighted too heavily in the favour of one party, it may be judged to be unfair by the courts.

Prenuptial agreements should be reviewed and amended during the course of the marriage, particularly when any child or children are born and periodically in any event.

If the above safeguards are not met the prenuptial agreement is unlikely to be upheld by the courts.

Having some form of agreement is even more important for cohabiting couples as there is no recourse to the divorce Courts to obtain reasonable provision as with a married couple. If the couple own a home together or it is in one name only, a TOLATA claim can be made, based upon the allegation that there is a trust in place.

The Court will look at how the property is held – as tenants in common and in what shares, or as joint tenants and look at the intentions of the parties as well as whether there are any grounds for arguing that there is a constructive trust in favour of either party. The Court would look at what contributions the parties made to renovate or develop the property or any major capital contributions. It is far from certain that one party who has not contributed financially will have any additional interest in the property.

Such claims can be disproportionate and expensive and it is much better to agree how a property will be held and the interests applicable at the outset. If that is not done, as is invariably the case, then it is much more cost effective to use a mediator to try to resolve the dispute than to go to Court. That is where ProMediate and its panel of expert mediators comes in. This is why in a contractual context, parties are advised to include a dispute resolution clause. Obviously there is less reluctance to agree to a contract in a commercial context, as there is no emotional subtext.