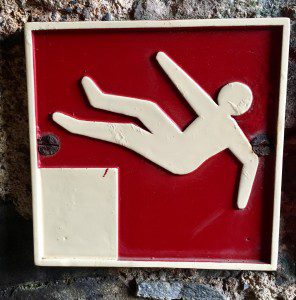 Professional negligence disputes often involve allegations of poor or negligent advice and even fraud, leading to sensitive, protracted and expensive litigation that the parties can ill afford, particularly if they have already suffered loss.

Claims are often funded by conditional fee agreements and/or damages based agreements. With professional indemnity insurers involved, the issues can be become more complicated, leading to further pressure on the parties both in terms of costs and time.

Dispute resolution processes such as mediation offer clients an opportunity to manage such disputes sensitively, confidentially and quickly.

Professionals’ reputations are often on the line and mediation can help to reduce the risk of reputational damage.

The Professional Negligence Pre-Action Protocol expects the parties to a professional negligence claim to undertake alternative dispute resolution, to include mediation, before commencing any proceedings.

The idea behind standstill agreements is that they give claimants some extra time over and above the official time limits within which to finalise their investigations, in circumstances where they would otherwise be forced to start litigation and incur expensive court fees and other legal costs.

Claimants and defendant insurers are often happy to put matters on hold while they try to resolve them and avoid having to pay the issue fee or defence lawyers’ costs.

Litigation is increasingly expensive and outmoded. Mediation is a far preferable way of dealing with a professional negligence claim than protracted, stressful and expensive legal proceedings, involving costs and Court fees, which have risen exponentially.

It can cost 5% of the value of the claim to issue it at Court. If fixed recoverable costs are introduced, as planned, then there will be a further incentive to resolve claims early on as any costs over the cap will not be recoverable from the other party.

For insurers and claimants alike it is better to spend a relatively small sum on a mediation rather than continuing with costly litigation. Indeed, it can amount to negligence to refuse or ignore an offer to mediate, if the client fails to recover costs and the decision to refuse to mediate cannot be justified.

The judge noted there was no reasoned refusal to go to mediation, the defendants simply did not respond or made “a fairly bland refusal to all the invitations to mediate … the effect of authority is now, in my view, that the court should regard a refusal or a failure to engage in a mediation in those circumstances as unreasonable”. The costs penalty was imposed notwithstanding the defendant’s confidence in its own case, which confidence was borne out by success at trial and the judge’s view that “nothing I have seen suggests to me that there would have been any realistic hope that the matter would have settled at mediation” . The court also noted the defendants regarded the claim as a “try-on” and explored the possibility of making allegations of fraud or discreditable conduct against the claimant. This didn’t stop the judge from penalising the successful party for not mediating.