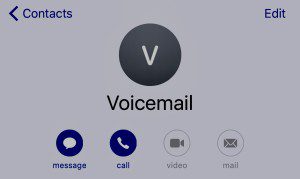 Another success for negotiations over Court action-Television personalities, actors and footballers were among 29 celebrities who were awarded a total of more than £500,000 in damages for illegal phone hacking in the High Court.

The stars who settled their claims include Abi Titmuss, Jayne Walton, the Eastenders actor Steve McFadden, the TV personality Natasha Kaplinsky and the former Premier League footballer Sol Campbell,  the actor William Mellor, known for his roles in Hollyoaks, Casualty and Two Pints of Lager and a Packet of Crisps, and the actress Sarah Parish, who appeared in Dr Who, Hearts and Bones and Cutting It. They all accepted offers of damages from Mirror Group Newspapers (MGN) over accessing of their voicemails.

The only figure mentioned in court was the £40,000 paid to Walton. The other 28 settlements referred to either “substantial” or just “damages”.

MGN also offered “sincere apologies” to all 29 claimants and said the company accepted that the systematic interception of voicemail messages and the procurement of private information should never have happened.