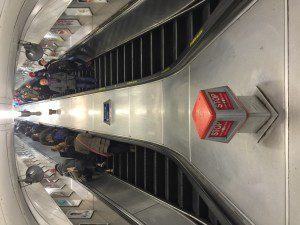 It is reported that an extra £2.5 billion will be needed to meet the escalating costs of claims against the National Health Service. It is anticipated that increasing the use of mediation might result in lower costs as claims could be resolved earlier.

Escalating levels of compensation and legal costs have caused the rise, according to the annual report of the NHS Litigation Authority, the body that handles claims against hospitals and medical staff.

Over the past year, the total paid out by taxpayers for clinical negligence damages rose by nearly a quarter – from £774 million to just short of £1 billion. But historical claims in the litigation pipeline have forced the NHS legal team to put aside the extra funds to cater for what the country’s largest doctors’ insurance company describes as a “ticking time bomb” of potential payouts.

“There is a compensation crisis and it affects every English taxpayer, Christine Tomkins, chief executive of the Medical Defence Union, said. She added that the report illustrated that the “NHS is sitting on a time bomb of future claims and legal reform is the only way to address it and to keep money within the NHS for treatment of patients.”

Lawyers’ fees, both for bringing and defending claims, also increased as a percentage of damages paid out on individual claims, the report shows. In 2013-14, lawyers’ costs as a percentage on a payout of £1 million, for instance, were 4 per cent. A year later they had leapt to 18 per cent on a claim of the same size.

The rising amounts of damages came despite the total number of claims lodged having dropped by 4.6 per cent from a historical peak the previous year. However, that drop in lawsuits has not offset a rise of 43 per cent in costs paid out to lawyers acting for patients bringing claims. Those costs have risen from £292 million in 2014-15 to £418 million in 2015-16, a rise of £126 million.

The NHSLA has piloted the use of mediation in the system and in our view, the increased use of mediation should assist in reducing the cost of claims, rather than trying to cap Claimant lawyers’ fees.