When parties lose a litigation case, they often turn on their advisors and so litigation breeds more litigation. This happens when parties to litigation are not advised to settle a claim at an early stage and proceed to trial, then lose – their lawyers put themselves at risk of a negligence claim. Litigation can then breed litigation in a never ending spiral of increasing legal costs.  Litigation lawyers are put in a catch 22 situation as they can be sued if they undersettle a case or sued if they don’t settle and lose at trial.  Those who live by the sword risk dying by the sword.

In those circumstances, again, it is wise to mediate rather than pursue such claims through the Courts. In this particular case it is good to hear that the Claimants have mediated but unfortunately for whatever reason, the case has not settled. Maybe they should have used ProMediate?

In the case of Gonul v Kingsley Napley, the children Claimants are bringing a claim on the basis of failure to settle their inheritance act claim and a preliminary decision was given on some issues on 28 September.

In very simple terms that action is based on the Defendants’ alleged negligence. It is alleged that had she been properly advised the Claimant would have settled the claim  at a much earlier date and thereby avoided liability for the Defendants’ costs after that date

The claim was issued in 2014 and the matter is currently set down to be tried in a ten-day hearing to be listed in the second half of January 2017. The litigation was stayed by consent pending an unsuccessful attempt to mediate and settle. The stay has been lifted and preparation for trial is underway. 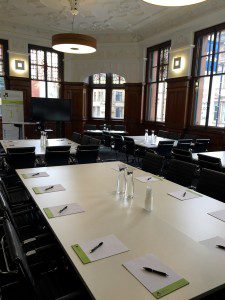 One of the claims was that the solicitors caused the Claimants suffered stress and unconvenience by continuing with the litigation. The Court held that such damages were irrecoverable. “This was a not a contract for the provision of a holiday, a pleasurable activity relaxation or peace of mind. This was a contract to act in relation to a family dispute over inheritance matters. It is too remote to say that solicitors conducting litigation assume liability for the stresses that that imposes on the litigants involved. It is difficult to imagine what would happen to litigation if there was such a general duty”.

It is interesting to hear that according to this judge, stress is just part of the litigation process. The best way to avoid such stress and reduce the risk of claims is to mediate successfully at an early stage. Perhaps the way out of the catch 22 trap for litigators is to act more as a “dispute resolver” or “collaborative lawyer” and find alternative ways of resolving a dispute than going to Court in the first place? This is perhaps where we are heading if we are to follow Briggs LJ’s idea of taking the “A” out of “ADR.”