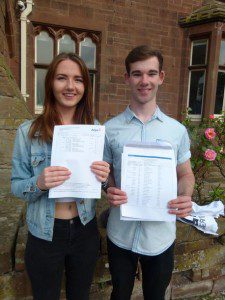 Claims against educational institutions is a growth area following the introduction of top up fees. In days of student grants people were happier to accept lower standards because, quite simply, they weren’t paying! As soon as you pay for a service your expectations grow.

An Oxford graduate is suing the university for £1m claiming the “appallingly bad” and “boring” teaching cost him a first-class degree and prevented him from having a successful career. This follows onnfrom a previous case we reported of a parent suing his son’s private school for failing to achieve expected results. In this case, bizarrely, the student left university over 16 years ago so one would have thought that he would have got over his education by now!

Faiz Siddiqui, who studied modern history at Brasenose College, told the high court he believes he would have had a career as an international commercial lawyer if he had been awarded a first rather than the 2:1.

If he wins, the case could open the floodgates to similar claims from students complaining about inadequate teaching, unsuitable accommodation and poor decisions.

Mr Siddiqui trained as a solicitor after university, but says his life and career have been blighted by his failure to obtain a first when he graduated in June 2000. He said he underachieved in a course on Indian imperial history during his degree because of “negligent” teaching which pulled down his overall grade.

He is bringing a loss of earnings claim of at least £1m against the chancellor, masters and scholars of Oxford University, which is seeking to have the claim struck out.  Mr Siddiqui suffers from insomnia and depression which his barrister puts down to his unexpected failure to gain a first.

The barrister told the high court that his client’s lesser grade “denied him the chance of becoming a high-flying commercial barrister”.

Oxford University argues that the claim is baseless and should be struck out because of the number of years that have passed since Siddiqui graduated.

The university admitted it had “difficulties” running the module in the year Siddiqui graduated because half of the teaching staff responsible for Asian history were on sabbatical leave at the same time.

A judgment is expected later this month and Mr Siddiqui’s legal team claimed he was “only one of a number of students who no doubt have proper cause for complaint against the university in relation to this matter”.

We would urge educational establishments which face claims to contact us and propose mediation, rather than face Court proceedings and bad publicity.